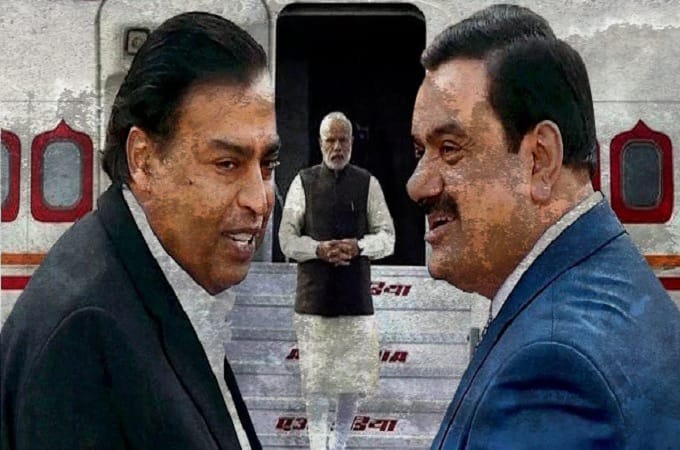 IBN24 journalist Akarshan Uppal who exposed Adani group’s secretive forays to acquire hundreds of acres of land before the passing of the new farm bills is in critical condition after being severely beaten by unknown men in Karnal, Haryana

As outrage grows over the journalist’s attack, more fingers are pointing towards Adani group’s involvement in the incident. On 12 December, the journalist had exposed Adani group’s secretive attempts to buy hundreds of acres of land and building infrastructure for storing agro-products. He also mentioned about a railway line that is being built right till Adani’s site. The exposure happened even as farmer groups are up in arms against the new farm laws and pledged to boycott Adani and Ambani’s products.

Farmers see the new farm bills as hugely tilted in favour of the big corporates. It is feared that the new bills are designed in a manner that will only allow the Adanis and Ambanis to profit while farmers lose the safeguards under the minimum support price (MSP) structure.

Akarshan Uppal who was exploring Adani group’s interests in the new farm laws was thrashed with rods and sharp weapons. This left him with severe head injuries. As per eye witness accounts, the attackers tried to throw him in a canal with the intention of killing him. However, as a crowd gathered they reportedly ran away.

The victim is currently being treated in Cygnes Hospital in Karnal and has been kept in ICU. Meanwhile, the police have registered cases against five persons who were allegedly behind the attack.

Many users who were appalled by the brutal attack decided to vent their anger on the internet. Some questioned Modi government’s motive behind introducing the farm bills while others pointed out the government’s other policies that had directly benefitted the Adani group.

In recent times, news reports of assaults on journalists have emerged from various states across the country. Earlier this week, Press Trust of India (PTI) photojournalist Ravi Chowdhury was attacked in Ghaziabad’s Ganga Canal Road.

Choudhary’s photograph of a farmer being beaten by a police officer during the farmers’ protest recently went viral.

Farmers’ Union leader Jangvir Singh gave out a call to boycott establishments and services owned by the Adani and Ambani group. “Fight has reached a stage where we are determined to win it no matter what”, said another farmer leader Jagjeet Dallewal. Farmers’ union have decided to observe a Homage Day (Shraddhanjali Diwas) on December 20 for all the farmers who lost their lives during the ongoing protest. It will be observed in villages and tehsil headquarters across the country in the day from 11 AM to 1 PM.

Meanwhile, Prime Minister Narendra Modi said the protesting farmers were misguided and that the Opposition is shooting from their soldiers.