One Nation One Ration Card from August, 5 kg Wheat to Migrant Workers : FM

One Nation One Ration Card from August, 5 kg Wheat to Migrant Workers : FM 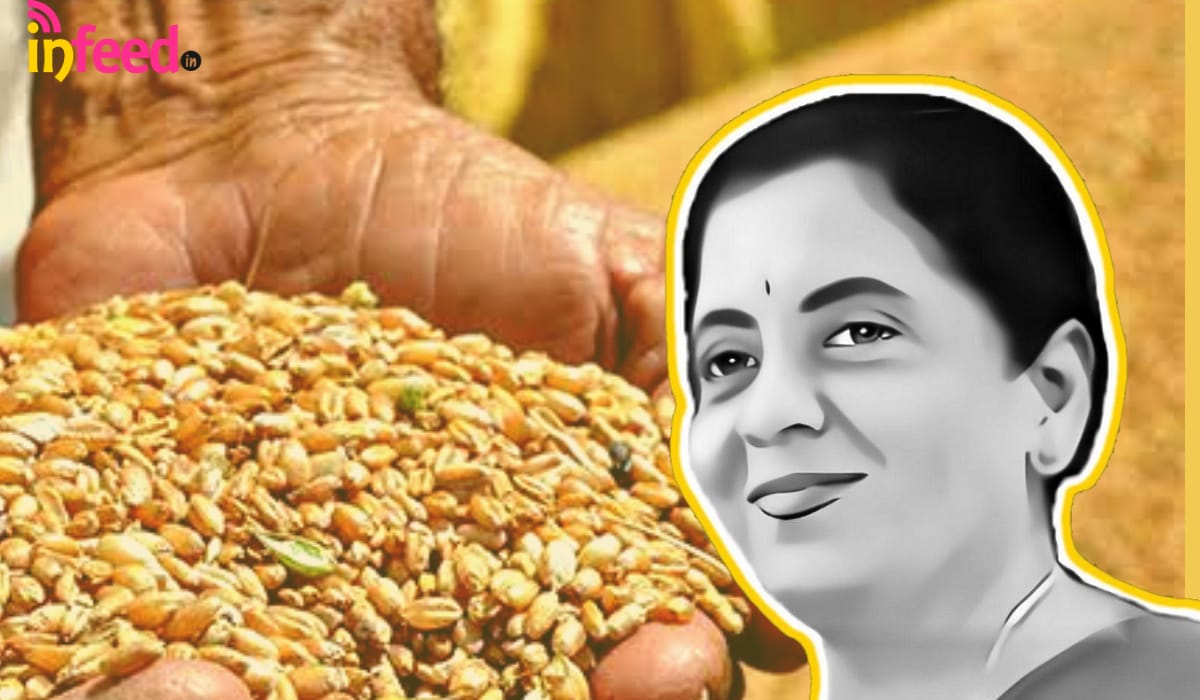 63 lakh loans were sanctioned in the agriculture sector in March and April amounting to about Rs 86,600 crore. NABARD has made a provision of Rs 29,500 crore refinance in March 2020 for Corporate and Regional Rural Banks. In March, Rs 4200 crore was made available to the states for development in rural areas.

Finance Minister Nirmala Sitharaman said that the state governments have been allowed to use the funds for the disaster to make food and accommodation for the migrant laborers. It is the right of the states how to use it. Urban homeless are poor. Arrangements are being made for them by the Central Government. 11 thousand crore rupees have been given for this. Three meals per person were given at Shelter Homes in one day. Also, 7200 new SHGs have been started in two months.

As of May 13, 14.62 crore persons were given work under MNREGA. Till now, 10 thousand crore rupees have been spent on it. 2.33 crore people were employed in 1.87 lakh gram panchayats. Compared to May last year, 40-50% workers have increased. The wages for these have been increased from Rs 182 to Rs 202.

The government is trying to fix the minimum wage for all employees. About 30 percent of the employees are able to avail the benefits of minimum wages. It will eliminate the difference in minimum wages between states. It will be legalized. All workers will get appointment letters and health checkup will be done once a year. The unorganized sector will get the benefit of social security scheme. The ESIC facility will be implemented for laborers. If women have to work at night, different safeguards will be brought for them.

The government is going to make a provision of Rs 3,500 crore for eight crore migrant laborers to provide ration facility. This provision has been made for those who do not come in the National Food Security, or who do not get the ration card of the states. You will get 5-5 kg ​​of wheat or rice per person. Together one kilogram of gram per family will be available for the next two months. It is the responsibility of the state governments to implement it.

About three crore people are going to get benefit through Mudra Shishu Loan, which will be close to Rs 1,500 crore. The government is giving a discount of two percent to their interest rate. It will be borne by the Modi government. The poorest of the poor will get the benefit.

Crores of farmers get benefits through PM Kisan Yojana and other schemes. Now, with the convenience of two lakh crore rupees, two and a half crores of farmers will get the benefit of this by promoting concessional credit. They will get benefit through Kisan Credit Card. A special campaign will be launched for this and loans will be available cheaply. Under this, besides fishermen, fishermen and livestock farmers will also get the benefit and their income will increase.