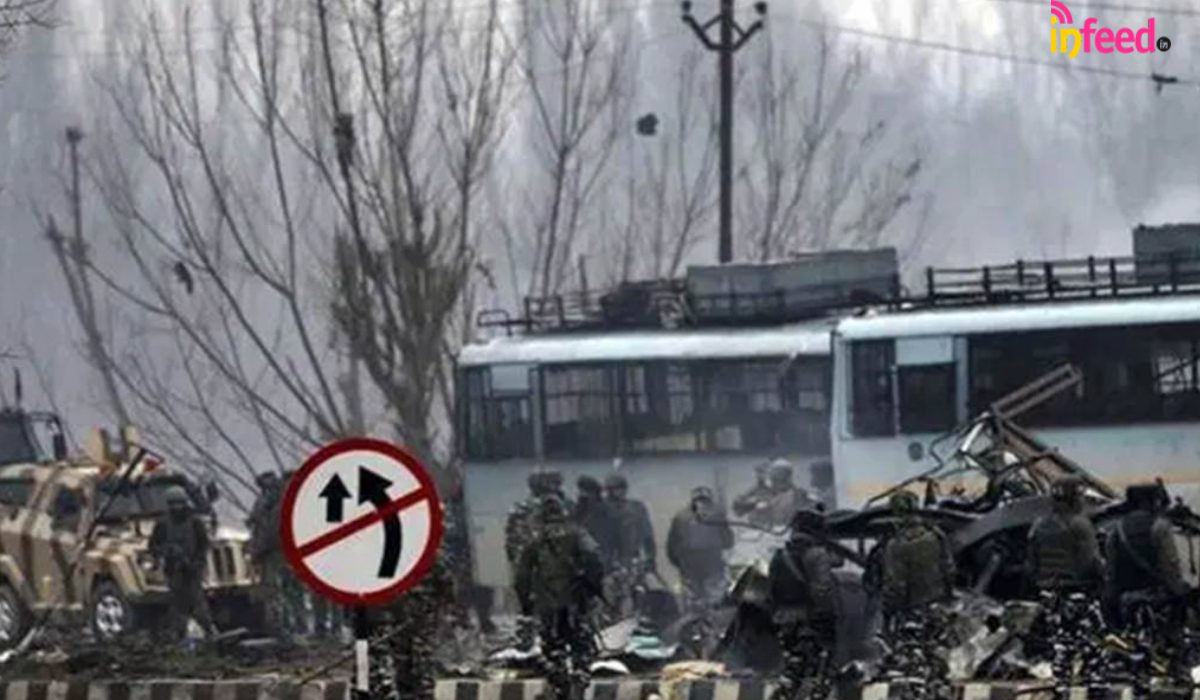 The Pulwama terror attack case has been solved by the National Investigation Agency (NIA). A charge sheet was filed in this case on Tuesday. In the course of the investigation, security forces had killed the terrorists like Mohammad Omar Farooq, nephew of Masood Azhar, Pakistani terrorists Kamran Ali and Qari Yasir, during the encounter. On March 29, 2019, Farooq, an important terrorist involved in the attack, died, but his mobile phone remained with the Jammu and Kashmir Police for several months.

It marked the first ray of hope for the NIA in December 2019 as a mobile phone. Many photos, videos and records of conversations from Farooq’s mobile phone went to the investigating agency. According to an official, the mobile had several photographs of the terrorist’s journey from Pakistan to India as well as the process of making his goons and bombs.

Also during the investigation the agency got a chat with Jaish-e-Mohammad leadership on WhatsApp, mainly his uncle Abdul Ruf Asghar, chats with Ammar Alvi in ​​Pakistan and other operatives from the Valley. Soon, the investigation team led by Inspector General Anil Shukla, Deputy Inspector General Sonia Narang and Superintendent of Police Rakesh Balwal found a photo of Shakir Bashir Magre, identified as a resident of Kakapora in Pulwama in Farooq’s Phone.

Shakir Bashir Magre ran a sawmill near the site of the blast, from where he boarded a Central Reserve Police Force (CRPF) convoy. In this case, he was arrested on 28 February. It was found that his house was used to stock explosives and make bombs. The same bomb was used to attack the CRPF convoy and kill 40 security personnel.

The chat records revealed to the NIA that Farooq was discussing that “there should be a war between the two countries” when Indian and Pakistani fighter jets were engaged in a dogfight after the attack as it would give hundreds of Jash fighters to India.

The NIA also traced the conversations, proving that Farooq’s uncle in Pakistan was instructing him to prepare for another attack after Pulwama. But Jaish had to cancel his plans in view of the increasing international pressure on Pakistan.