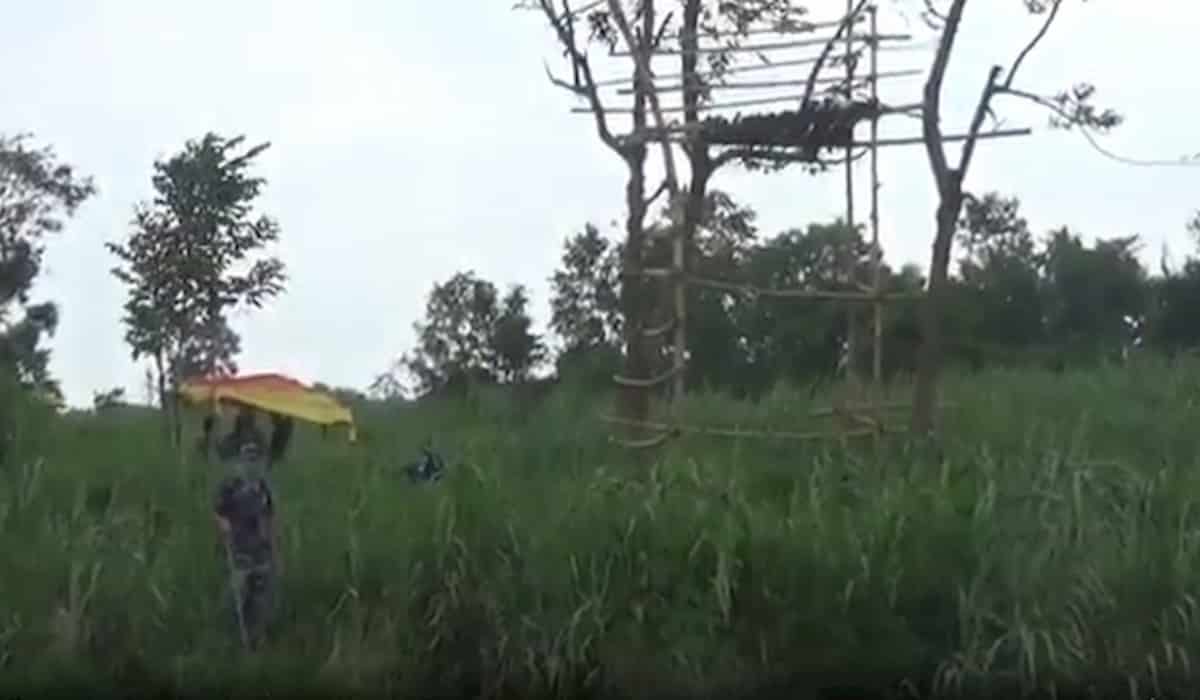 In between the ongoing map controversy between India and Nepal, now Nepal has built a watchtower in Indian territory.

Nepal paramilitary personnel have constructed a watchtower near the village of Pantoka, Border between pillar numbers 292/13 to 292/18. People of Indian region living near the border say that this watch tower has been built by Nepal, well within 20 yards of the Indian border.

In this regard, SSB is refraining from any statement on camera, but they say that three pillars are used in demarcation. These are one main pillar, the other auxiliary pillar and small minor pillar between two supporting pillars.Since, minor pillars are missing at the disputed site, so the boundaries are difficult to determine.

On the other hand, locals claim that Pillar is among the bushes behind Nepal’s watchtower across the Sasriva river. When SSB’s main task is the safety of border pillars, then how did the pillars become missing, the locals have questioned SSB in this regard, which remained without answer.