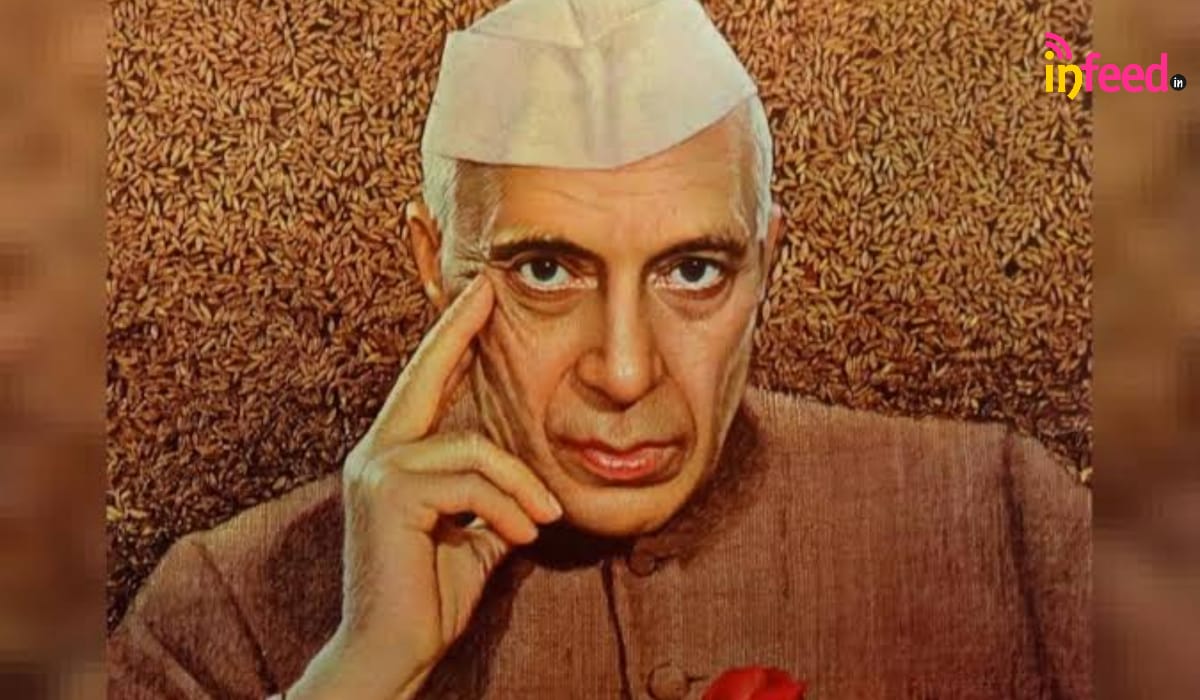 Recently, India and China had a standoff in the region of East Ladakh. In fact, this standoff is still ongoing as we speak. Our Government has a habit of bringing up the past whenever they’re questioned about the present. So, let us indeed have a look at the past.

We all know India’s role in the annexation of the Princely State of Jammu & Kashmir. The Indo-Pak War of 1947 was actually fought over this very issue. As a result of India’s victory in the war, 1,36,078 sq Km of territory was added to the Indian Union. However, Kashmir is a rather popular topic of discussion. What we forget is that Kashmir was not the only one who Mother India embraced in her formative years of sovereignty.

It’s interesting to take note of the fact that as India was resolving the issue regarding annexation of J&K, it was also resolving the issue regarding the annexation of the Princely State of Junagadh. The erstwhile Nawab of Junagadh, Muhammad Khanji III, favoured acceding to Pakistan rather than India, but that was the polar opposite of what the citizens of Junagadh preferred. However, without taking the public sentiment into consideration, the Nawab simply bulldozed his way through to sign the Instrument of Accession to Pakistan. As this was completely against the wishes of the people of Junagadh, the Nehru Government decided to oppose this. Their argument was simple, which dominion the Princely State of Junagadh should accede to is a decision that only the people of Junagadh were entitled to make. As a mark of dissent, the Nehru Government imposed a national prohibition on conducting any form of trade with Junagadh. This practically demolished the economy of Junagadh and the masses were absolutely outraged. The economic distress triggered a massive outcry in the State and the Nawab, becoming paranoid, just fled to Karachi with his family. In the absence of their Nawab, the State was left devoid of any leadership. So, the people of Junagadh, with the support of the Nehru Government, were able to establish a temporary Government dubbed as ‘AarziHukumat’. In fact, this ‘Hukumat’ was successfully formed to the credit of a personal initiative taken by none other than Mahatma Gandhi’s own nephew, Samaldas Gandhi. Soon enough, the temporarily established administration of the Princely State of Junagadh signed the Instrument of Accession to India and declared the territory of Junagadh to be on Indian soil. However, this wasn’t enough for Nehru. On Feb 20, 1948, he held true to his commitment. A plebiscite was held in Junagadh for the citizens to cast their votes and themselves take the decision of whether to accede to India or to Pakistan through a democratic mandate. The result was an outstanding 99.95% of the votes being casted in favour of India against Pakistan. With no further delay, the mandate was accepted by the Government of India. As a result, India’s geographical area increased from 30,85,431 sq Km to 30,94,074 sq Km with an addition of 8,643 sq Km.

Next was the Princely State of Hyderabad. The Nizam of Hyderabad opted for sovereignty and decided to accede to neither India nor Pakistan. On top of it, the Nizam had forged his own militia with manpower supplied by the Muslim aristocracy of the State. The militia referred to itself as the ‘Razakars’. However, the problem arose when there took place a communist uprising in the State. The clashes between the communist rebels and the Razakars were becoming increasingly violent as well as more and more brutal every day, so much so that it started exerting quite an impact on the law & order situation of the adjoining areas of the State which coincided with Indian territory. As the situation was on the verge of spiralling completely out of control and deteriorating into a full-fledged civil war, PM Nehru and the then Home Minister, Vallabhbhai Patel, took the joint initiative to arrive at a feasible solution. Operation Polo was conducted and the Indian Armed Forces directly intervened upon the directives of the Government of India. After an intense military conflict from Sep 13 to Sep 18, 1948, the Nizam surrendered and the Instrument of Accession to India was signed. This further increased the geographical area of India from 30,94,074 sq Km to 33,09,413 sq Km, adding a staggering 2,15,339 sq Km.

Then, it was the turn of Pondicherry. It originally used to be a French colony within the Indian subcontinent. But, a series of meetings were held between the France-backed administration of Pondicherry and the Nehru Government. Once they were able to persuade them, a joint statement was made by both sides on Oct 13, 1954. It declared that the formal proceedings for the merger of Pondicherry with the Indian Union shall begin soon. Just five days later, on Oct 18, 1954, a referendum was held for the members of the representative assembly and the municipal counsellors of Pondicherry to cast their votes and decide whether to accede to India or remain under French rule. Out of 178 voters, 170 voted in favour of India. So, three days later, an agreement was signed by the Nehru Government and the French authorities to approve the merger. It was in 1962 that France declared that all territories held by France in the Indian subcontinent shall merge with the Indian Union. That is how Pondicherry, Laraikal, Mahe and Yanam together formed the Union Territory of Puducherry thereby further expanding Indian territory from 33,09,413 sq Km to 33,09,896 sq Km with an additional 483 sq Km.

Then, India shifted its attention to Portugal. The Portuguese colonies in the Indian subcontinent were Goa, Daman & Diu and Dadra & Nagar Haveli. Internal conflicts actually brewed for many years. Finally, in 1961, the colonies witnessed a massive rebellion triggered by huge economic distress. Various socio-political organizations started protesting to speak up against the sheer administrative apathy in the State. However, the Portuguese authorities ended up completely mismanaging the situation. The brutality peaked on Aug 15, 1955 when 3,000 to 5,000 unarmed pro-India activists attempted to organize a non-violent protest in Goa, but they were assaulted with armed Portuguese policemen. This resulted in the loss of at least 30 innocent lives. Again, on Nov 24, 1961, a passenger boat travelling from the port of Kochi to the erstwhile Portuguese-held island of Anjidiv was shot down by Portuguese troops leading to the brutal death of a passenger and a severe injury to the chief engineer. Incidents like these were the reason for public sentiment being radically against Portuguese occupation. This ultimately culminated into multiple such rebel groups to join hands and orchestrate a full-fledged freedom movement across all the Portuguese colonies. Finally, The Portuguese gave up and agreed to surrender all its colonies in the region to the Indian Union. Dadra & Nagar Haveli were annexed on Aug 19, 1961. Goa and Daman & Diu were annexed on Dec 19, 1961. These annexations further boosted India’s territorial coverage from 33,09,896 sq Km to 33,14,197 sq Km by an addition of 4,301 sq Km.

The next major territorial dispute faced by India was the Indo-China War in 1962. The conflict went on for a whole month. The conflict actually arose due to a dispute between India and China over the area of Aksai Chin, certain parts of Arunachal and the North-East Frontier Tracts (NEFT). India claimed Aksai Chin as a part of Kashmir, but China claimed it as a part of its Xinjiang Province. The war broke out when the Chinese started constructing roads in Aksai Chin. In the course of the war, China had an army of around 80,000 while the Indian Army was of 22,000. Suffice to say, China didn’t think twice before taking full advantage of their availability of man power. After all, to this day, China remains the country with the highest population in the whole world. India attempted at taking assistance from the United States, but they refused.  In the aftermath of the war, the Chinese consolidated their control over Aksai Chin. It had a geographical coverage of 37,244 sq Km. This continues to be interpreted as India’s defeat and China’s victory. However, the world conveniently forgets to acknowledge that in spite of having an army which was less than one-third of that of her rival, Mother India persevered and consolidated its authority over the NEFA region, a region with a geographical coverage of approximately 83,000 sq Km. After the war came to an end, Indian authorities were able to understand exactly where the Indian military was lagging behind. The major positive outcome was that immediately after the war, an aggressive modernisation drive was conducted in the Indian Armed Forces with the purchase of new military equipment, new gear, new technology, new weapons as well as the introduction of new forms of military training.

The Indo-China War of 1962 was the final episode in India’s list of major territorial disputes during the era of Jawaharlal Nehru. When India first got its independence with Jawaharlal Nehru as its first prime Minister, the total area of the country was 29,49,353 sq Km. By the time Nehru’s tenure came to an end, it was 32,76,953 sq Km with a net increase of 3,27,600 sq Km.