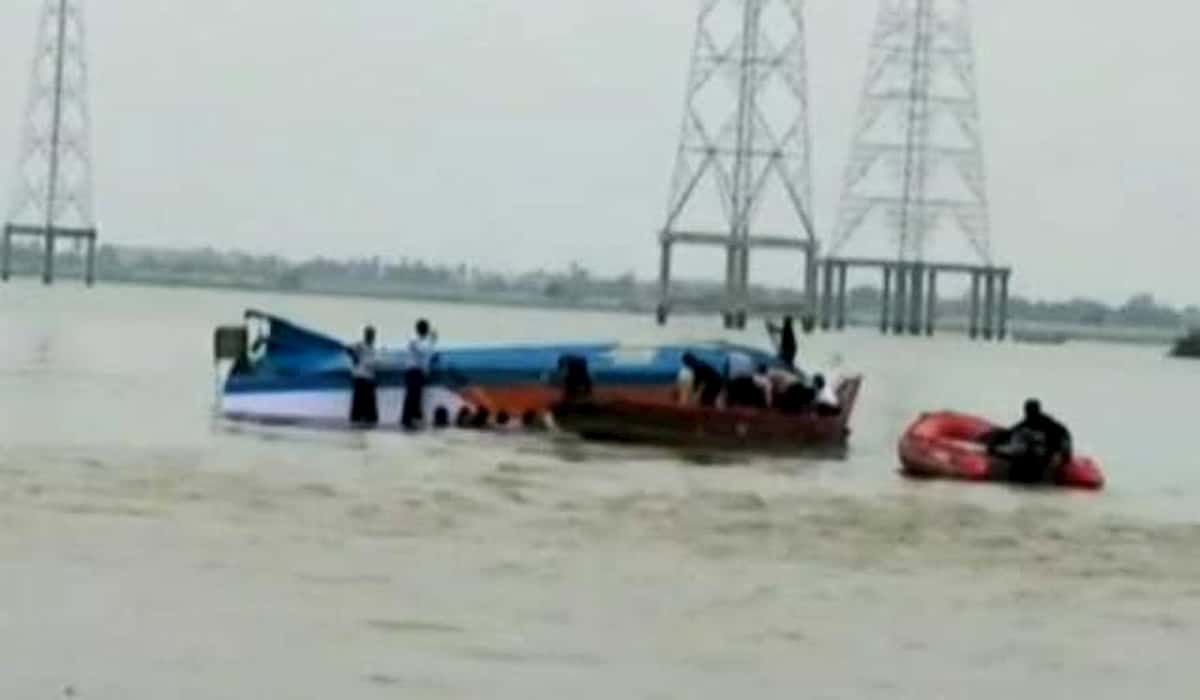 In Deoria, five people, including three children, were killed in the Saryu river on Wednesday evening. About 10 people are being reported missing. The victims of the accident are residents of Chakki Musadohi village in Madhuban police station area of ​​Mau district. Police relief and rescue work reached the spot

Villagers of Madhuban police station area of ​​Mau district often visit the Teliya Kala of Mayal to market. These days the Saryu River is in its ebb. About six o’clock on Wednesday evening, about 15 villagers were coming to the market of Telia Kala in Chakki Musadohi village of Madhuban to market with a canoe boat. The boat suddenly became uncontrolled in the midstream. The sailor tried hard to control him but was unsuccessful and all the riders, including the boat, were drowned.

Some people on the shore made noise on seeing this. The villagers who reached the spot informed the police as they tried to save the people. Mayal police station officer Deepak Kumar, who reached the spot, said that the bodies of three children and two women have been recovered. About 10 people are being reported missing. The missing people are being searched with the help of divers.