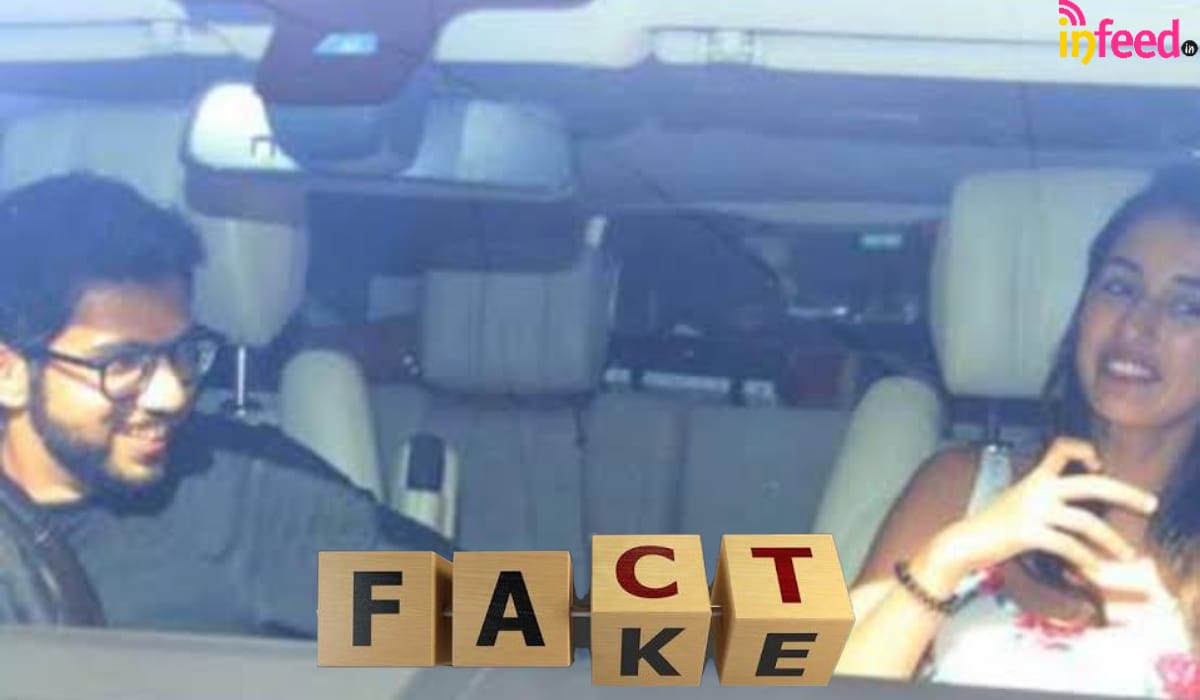 The death of Sushant Sinha has created such a storm on social media and news media in India that all other news including Covid pandemic and the economic aftermath has been forgotten by the people of the country.

With each passing day, a new series of allegations start popping in the death case. A new theory has emerged in a widely circulated picture which shows Maharashtra Minister Aditya Thackeray in his car with a female actor. The social media buzz claims that Aditya is seen with Rhea Chakraborty. The picture was shared by a parody account of Republic TV editor in chief Arnab Goswami claiming that CBI probe can’t happen against Rhea as he is travelling with the son of CM of Maharashtra.

These allegations have raised the doubts over the investigation being done by the police in the Sushant Singh Rajput case.

The woman is not Rhea Chakraborty

The fact-check for this claim is pretty simple. If one carefully notices the photograph, one can spot that the woman seated beside Aditya Thackeray is actor Disha Patani. A reverse-image search on Google also picks up the same.

The image was first shared by Times of India’s entertainment section E-Times way back in 2019 with the news that both Aditya and Disha had gone for a lunch date.