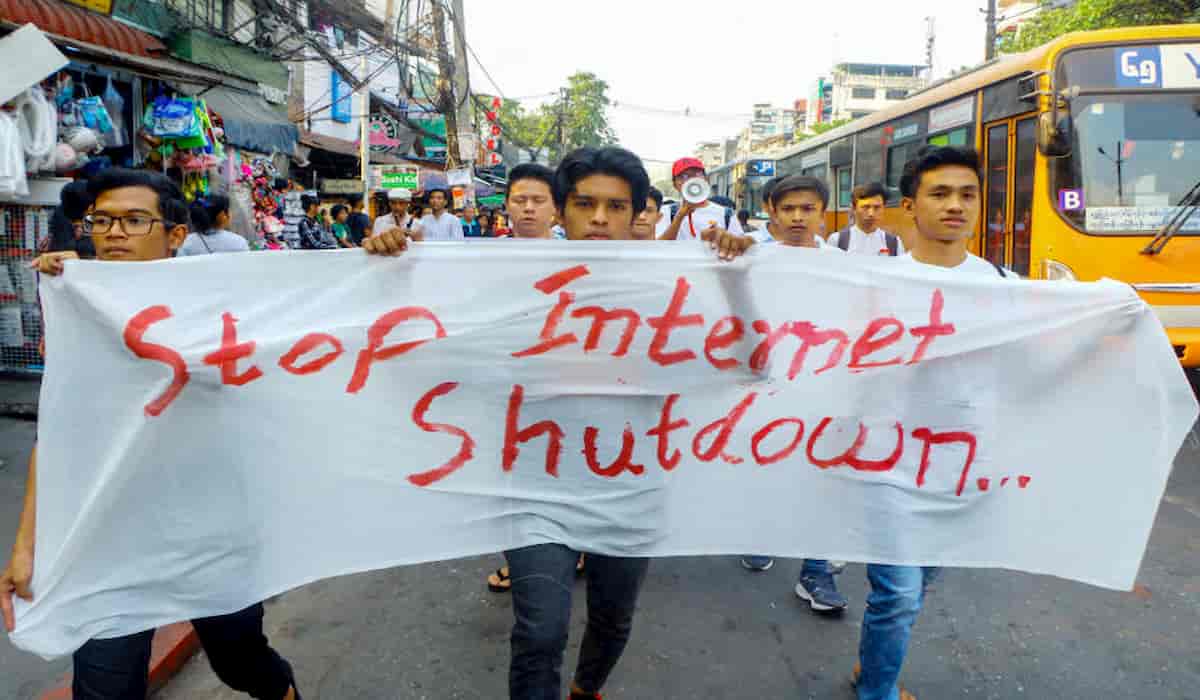 The Myanmar internet shutdown was put upon when Myanmar military has been embroiled in a bloody civil war since January 2019 against the Arakan Army who were demanding  for more autonomy for ethnic Rakhine Buddhists. But, the shutdown has led people be devoid of vital information during corona pandemic.

Approximately 1.4 million in the western region close to Bangladesh, are not able to use the internet on their phones. A 2019 survey by Myanmar Survey Research found almost all the internet users in the country accessed the internet via their mobile devices.

“With armed conflict between the Myanmar military and Arakan Army in Rakhine State amid a pandemic, it’s critical for civilians to get the information needed to stay safe.”

Very few are there in Myanmar who have access to personal computers and the majority of Myanmar population rely on mobile phones for internet access. This Myanmar internet shutdown have made them vulnerable to COVID-19 owing to lack of information about the pandemic.

Rakhine came under global focus in 2017 when Myanmar’s military carried on what the United Nations has called the “ethinic cleansing” of minority Rohingya Muslims.

More than 700,000 Rohingyas have been forced out of their homes after their villages were bombed and attacked by the military and Bhuddist extremists. Many of the Rohingyas have taken refuge in Bangladesh.

It fairs badly on most of the UN Human Development indicators compared to the national average.

“In some areas, people are not even aware of the ongoing COVID-19 global pandemic as they are not able to access up to date information online,” Htaike Htaike Aung, director of the tech NGO Myanmar ICT for Development Organization (MIDO), told DW.

The internet blackout has also hurt businesses and traders who are not able to source timely information about products and customers.

Without the internet, journalists have not been able to report from the conflict zone, depriving the local population important information.

“Independent and ethnic media sites such as Development Media Group, Narinjara News, Karen News, and Voice of Myanmar were among those ordered blocked,” says HRW.

Altogether, around 2,171 specific websites have been blocked by the Transport and Communications Ministry under a controversial law.

Suu Kyi’s approach to the pandemic could work against her as the country prepares to vote in an election later this year.MP Htoot May said the fighting in Rakhine and the subsequent communications shutdown could also erode voter support for Suu Kyi and her party, the National League for Democracy.