My Trip with India’s Dream, By -Dhananjay Ajay Pandey

My Trip with India’s Dream, By -Dhananjay Ajay Pandey 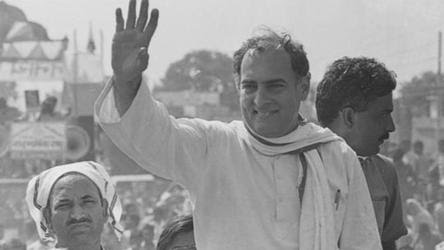 The clock struck 9:00 pm and I was the only person still at the office, apart from the security guard of course. “Good night sir” he said overcompensatorily, “Haan… good night” I said in a slightly less enthusiastic tone. The sight of my car standing alone in the parking lot, alone has now become a common view. “The sky would be as clear as your dreams” said the over-enthusiastic RJ on the radio, watch out for the typical Delhi traffic though”.

On my way I checked my cell phone and saw a few texts, “Dinner by 10:00 at Mr. Batra, just saying, don’t be late, bye” from Wife. Going through the different channels on radio while being stuck in the traffic, I came across an announcement which “And Ladies and gentlemen, now for something to be proud about, Chandrayan 2 would enter the moon’s orbit”. At first, the message went through my head like every other message we are bombarded on a daily basis. I looked out into the sky, the pollution and the clouds had shrouded the night sky entirely. While looking outside, I saw a huge banner blinding the eyes used to the night. “75 birth anniversary of the pride of the Congress – Rajiv Gandhi, join us as we celebrate this with our Local MLA…etc.”.

It made me feel strange, because whenever I’ve thought about Rajiv Gandhi, a picture of this great guy came, Yes, a Guy, who was inherited wealth and fame, yet what he went after is himself and his goals, I do not remember however a leader of a political party, which is a rarity. A Guy who studied on his own terms, got married on his own terms and yet when it came to be there for the family, he did, and saying “he did” would be an understatement.

I remember my father having long discussions with his friends on of Rajiv Gandhi, while I small. I don’t much recall what they talked about, but supporting or denying, he did bring out the candid and the comfort from citizens of the nation which he became the Prime minister to, after getting a landslide victory. Passing under the bridge of the Delhi metro reminded me of the buzz and sparks the idea of laying the first Metro plan in Kolkata brought.

I remember the days when the newspapers were filled with articles like, “Techcom Revolution 1.0”, “Rajeev Gandhi – Computing the future of India through Technology”, “Panchayat Raj – Of the People and by the people”. Crowding thoughts reminisced over me, thoughts of having someone to look up to, and relate to. An idol for all who want to step out of what is expected from them and do what they expect from themselves. Now that I think of it, Rajiv Gandhi was and is much more important to the nation than we consider him to be.