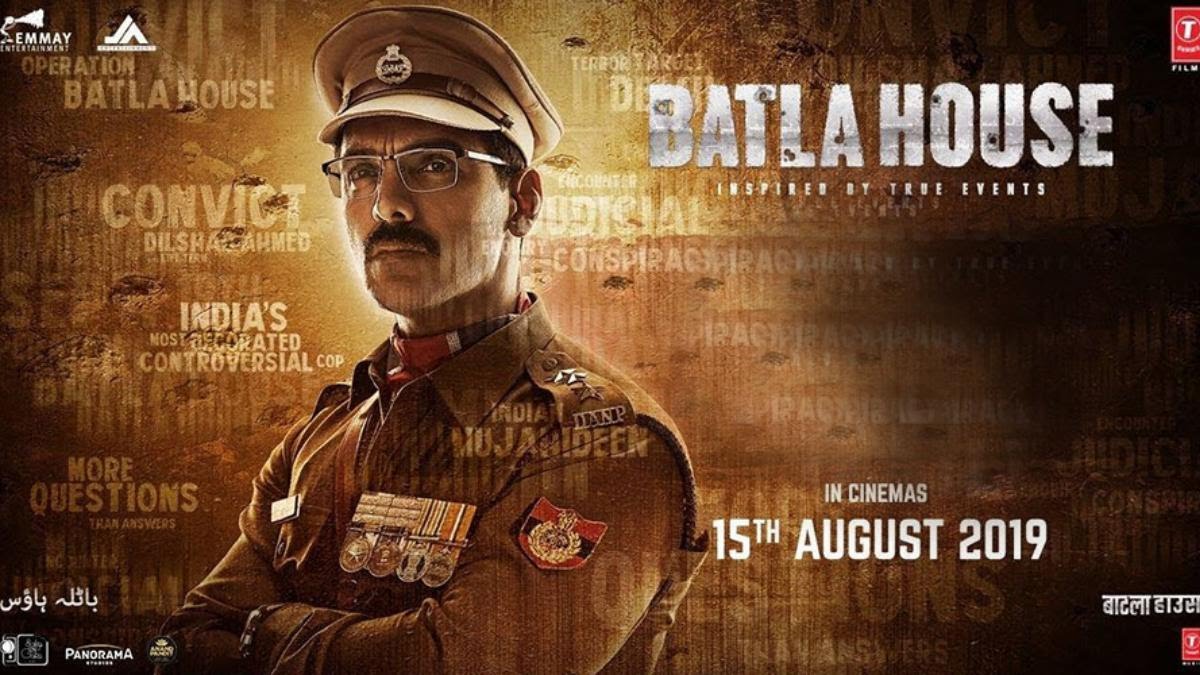 John Abraham continues his winning streak at the box office on Independence Day. Last year, his Independence Day release Satyameva Jayate set the cash registers ringing and this year, the makers of Batla House are laughing all the way to the bank.

According to early estimates, Batla House earned around Rs 6.50 crore on Monday, taking its five-day total to around Rs 54.49 crore. With this, it has smashed the Rs 50-crore milestone in just five days of its release. The film is faring particularly well in the Northern circuit, especially in Delhi and Uttar Pradesh.

Directed by Nikkhil Advani, Batla House revolves around the controversial Batla House shootout on September 19, 2008 between the Delhi Police and alleged terrorists of the Indian Mujahideen. John Abraham plays Sanjay Kumar, a police officer modelled on DCP Sanjeev Kumar Yadav, who was honoured with a President’s Gallantry Award for his role in the encounter.

Even though Batla House clashed with another big Bollywood release, Akshay Kumar-starrer Mission Mangal, at the box office, it has managed to hold its own. It also remained largely unaffected by piracy, with the business not taking a major hit after being leaked online on TamilRockers.

Last year, too, John’s film Satyameva Jayate clashed with Akshay’s film Gold at the box office. It was being said that all was not well between John and Akshay but at the trailer launch of Batla House, the former laughed off rumours of a rift.

Make some noise for the Desi Boyz…together we are always a riot! #BrotherFromAnotherMother

“Make some noise for the Desi Boys!” John laughed, referring to his film with Akshay, Desi Boyz.

“Honestly, if there was a controversy, I would have loved to create it but Akshay and me are really good friends. We really get along. In fact, parso hi humne ek doosre ko message kiya. There is absolutely nothing. Hum sirf do films release kar rahe hai ek din mein,” he said, adding that there was enough room for two big films to release on the Independence Day weekend and the audience would only benefit from having more good films to choose from.