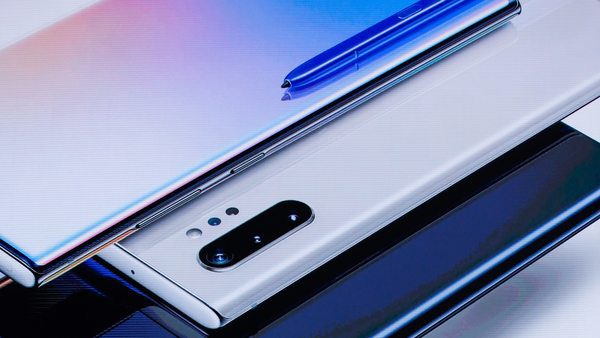 After announcing the Galaxy Note 10 series early this month, Samsung is now pushing its launch in the India markets. The new smartphones is going to be announced today and will be available in stores from August 23 onwards in online and offline stores to those who have pre booked in advance. The Galaxy Note 10 and Note 10 + will be available at starting price of ₹69,999 and ₹79,999, respectively.

The haste showed in introducing the phone to India is understandable as it is still one of the few markets which has been growing, at a time when major markets like China have registered decline in shipments. According to a recent IDC report, India smartphone market grew 9.9% year-on-year (YoY), whereas shipments in China declined by 6% in the same time period.

The Note 10 series has almost similar configuration as the Galaxy S10 and S10 Plus. It also comes in two screen variants -the Note 10 has a 6.3-inch and the Note 10+ has a 6.8-inch screen, while the S10 has a 6.1 inch screen and S10+ has a 6.4-inch screen. Note series has always been known for its bigger screens and with 6.8-inch screen, the Note 10 plus is offers the biggest screen in the market right now, until Samsung relaunches the Galaxy Fold which has an even bigger 7.3-inch screen that can fold from the middle. The recently launched OnePlus 7 Pro, which is likely to be one of it’s key competitors in premium segment, has a 6.67-inch screen.

In addition to the giant AMOLED screens, the Galaxy Note 10 and Note 10 + have a lot going for them. The stylus, Samsung calls as S pen, makes it a one of a kind productivity smartphone for creators, designers and professionals in the move.

Also, Samsung has trimmed the bezels to accommodate a bigger screen in the same form factor. Also, the punch hole design seen in S10 has been used here to but with a slight change in position that makes it less distracting. It is now placed in top centre of the screen and not on the right centre side.

The Samsung Note 10 series also offers more storage than the S10 series and even in base model users are likely to get 256 GB storage with the option to expand to 512 GB via microSd card.

The Note 10 series in India is likely to run on Samsung’s Exynos chipset that was used in Galaxy S10 and S10 Plus. The units launched in US will run on Qualcomm Snapdragon 855.

The India launch of Galaxy Note 10 series will kickstart at Samsung’s Opera House store in Bangalore at 12pm.

Experts are of the opinion that Galaxy Note 10 is going to get a lulewarm response initially as many customers might want to wait and see how the Galaxy Fold saga unfolds. Samsung had to postpone the delivery of the foldable handsets after a display defect was reported by reviewers a few weeks before it was going to hit the stores.