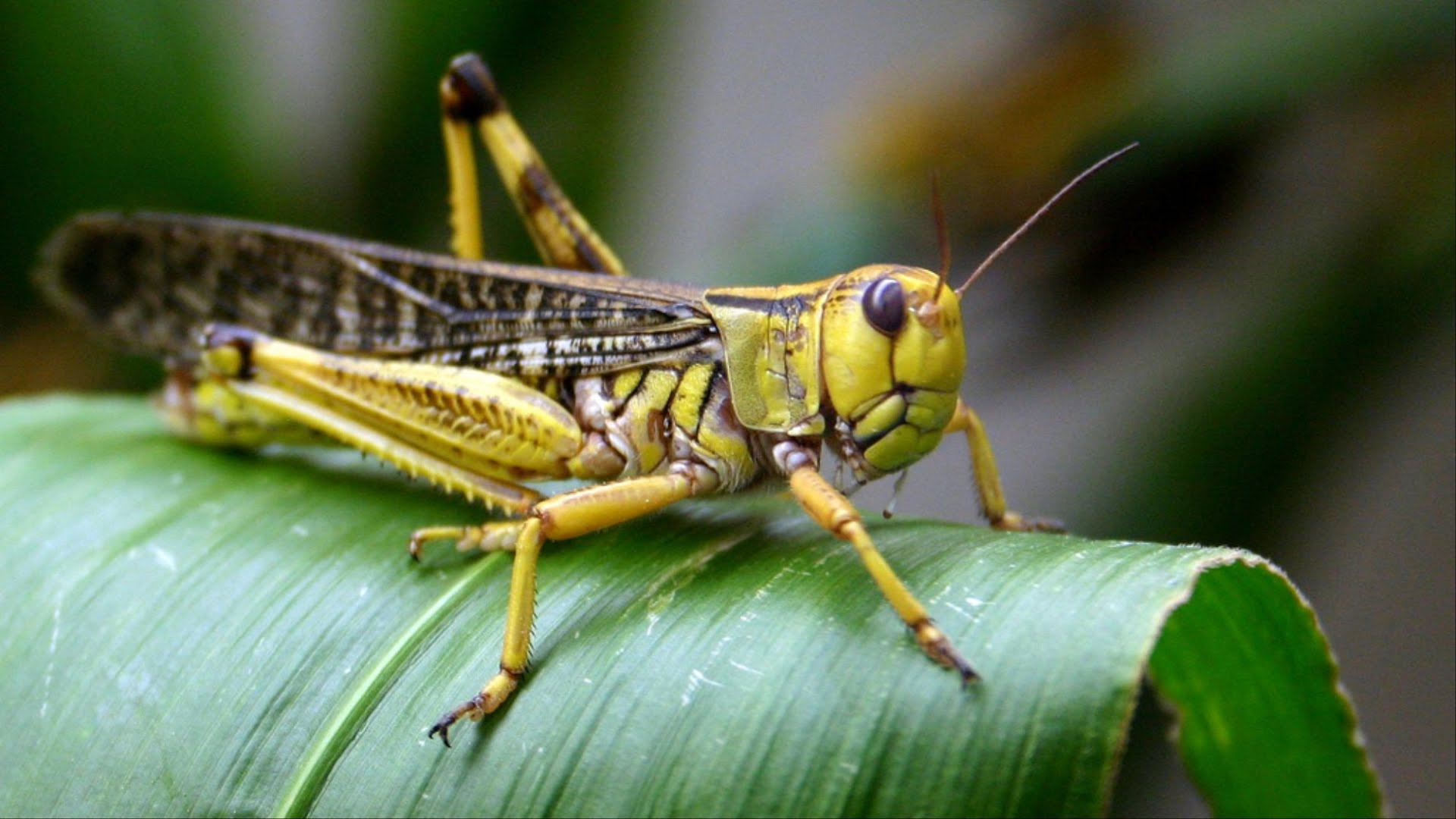 “When locusts are at plague proportions, some damage is inevitable, but we can reduce the extent of damage with good integrated control,”: David Hunter, Austrailian Entomologist. Early in September this year, the Western Rajasthan was once again attacked by huge swarms of Desert Locusts that destroyed the valuable crops, leaving the farmers in distress. Globally, about 64 countries representing 20% of land surface are subjected to ravages of the desert locust during the plague period. They come to India from Africa and Middle East via Pakistan, and spread to the districts of Rajasthan and further to Punjab and rest of the country. They are usually active from the summer to the rainy season and as monsoon rains lasted longer than usual this year, infestations are supposed to persist in October and November as well. According to the Union Agriculture Ministry’s Locust Warning Organization (LWO), headquartered in Jodhpur, the last major outbreak of Schistocerca gregaria or the Desert Locust took place in Rajasthan in 1993. Currently, The Food and Agriculture Organization’s Locust Watch, has raised an alarm towards the deteriorating situation in Ethopia, where swarms have laid the eggs which may lead to serious consequences in Yemen, Pakistan and India. The locust is one of the most dreaded and destructive creatures on the earth. In the biblical book of Exodus, locusts are one of 10 plagues descended upon Egypt by God, after the Pharaoh refused to free the enslaved Israelites. A swarm of locust is capable of bringing disease, famine and death. For centuries, on every habitable continent on the earth, farmers and families trying to till the land and plant crops, have witnessed the terror of locust swarms. It’s almost as if the fire storm is coming through, quick and capable of vast destruction. Locusts are the swarming phase of certain species of short-horned grasshoppers of the family Acrididae distinguished by their density-dependent behavioral, physiological and phenotypic polymorphism. It can be said that while all locust are grasshoppers not all grasshoppers are locust. There are nearly 12000 species of grasshoppers but only a dozen out of them are locust that are found all around the world.

The Schistocerca gregaria or the Desert Locust inhabits dry grasslands and deserts of Middle East, Africa and the Indian Subcontinent. Its swarms can be 460 square miles in size that are packed with somewhere between 40 to 80 million insects per square mile, moving in the direction of prevailing wind. They consume crops approximately equivalent of their body mass each day. Nearly all crops and non-crop plants are at risk, including millet, rice, maize, sorghum, sugarcane, barley, cotton, fruit trees, date palm vegetables, rangeland grasses and trees. The British Government of Imperial India established a locust warning organization in 1939 with its headquarters in Karachi after the ravages and depredation of the desert locust plague of 1926-1931. The main function of this organization at that time was to keep surveillance in the Thar Desert and issuance of warning to the then Indian states about the possibility of the desert locust swarms incursion, movement and breeding. There is no single solution for controlling Desert Locusts, a multifaceted approach is much of a need. Early monitoring is more successful means of dealing with locusts than later action when swarms have already built up. Destroying the breeding ground at the very beginning is utmost vital. The most prevalent means of control is the spraying of organo-phosphate pesticide such as malathion and parathion. However, the irrevocable environmental and health damage caused by the use of pesticide cannot be neglected. Smoke to repel the pests can also be of some help in breaking swarms. Trenches can be dug near agricultural perimeters to catch nymphal bands marching toward crops where they can be buried. Biological control including the use of natural predators such parasitic wasps and flies, predatory beetle larvae, birds and reptiles can prove beneficial. Effective use of bio-pesticides includes fungi, bacteria, neem extract and pheromones will provide a sustainable solution. Some observers remark that such a huge biomass of locusts can be harvested as human food.

Proactive interventions by LWO such as capacity building workshops that include classroom lectures, field exercises and awareness programmes about effective control of desert locust techniques are of immense help during actual control operations. However, National training programmes need to be organized frequently to brush up knowledge and skill of the field officers and farmers. Use of latest technologies like genetic engineering for pest control and GPS, GIS and satellite imagery for prompt data is also very essential. Inter-Country talks, technology exchange and early information of the pest migration can help reducing the quantum damage. Presently, the talks between India and Pakistan have been encouraging.
The recent food and financial crises have increased hunger and poverty around the world. The developing countries of Africa and Asia are among the most vulnerable. Management of food frenzy desert locust swarms that are capable of bringing severe famines is challenging for the region. Looking at the quantum of damage that the pest are capable of, following an integrated approach of prevention and control will not only reduce crop damage and socio-economic loss of the farmers, but will also help preventing further attacks. It’s time that the countries shed their personal disputes and act promptly and jointly to monitor and minimize such crisis.