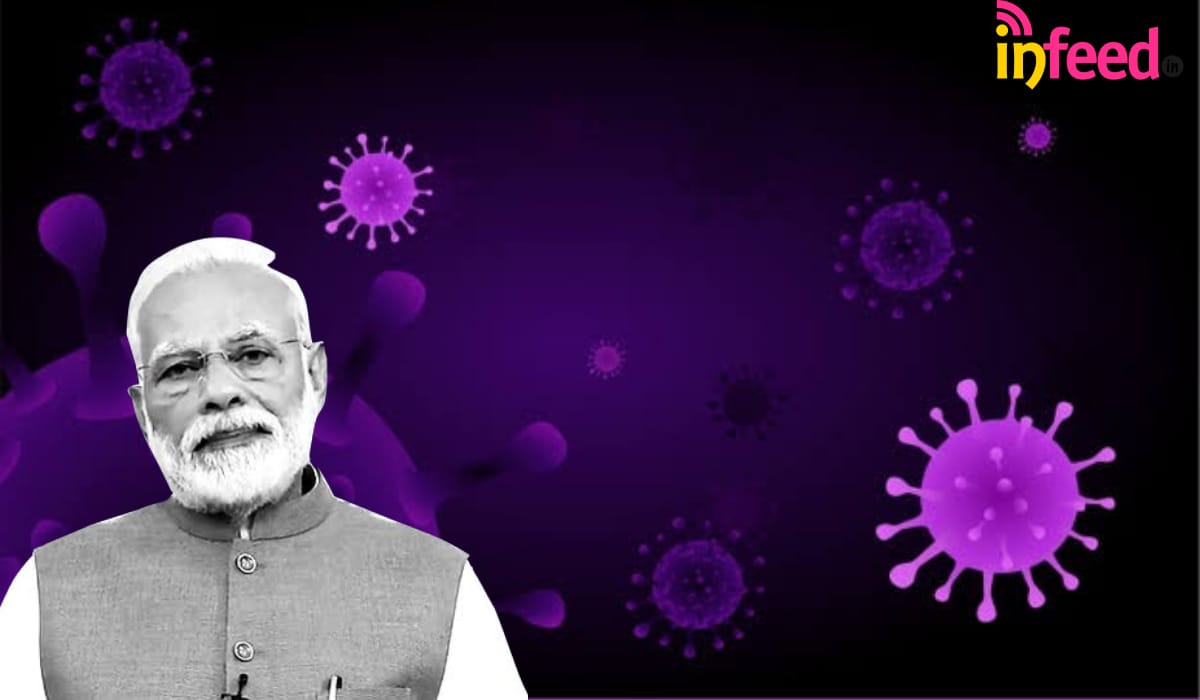 With the Covid-19 pandemic engulfing almost every inch of the world, people have been praising or criticizing the leaders of their country for how efficiently or in-efficiently they have handled the pandemic in their country.

A leading journal of US, The Conversation conducted a twitter poll recently on the World’s worst handling of Pandemic in which it was asked to choose the leader who handled the pandemic in the worst way – Brazil’s Bolsenaro, India’s Narendra Modi, US’s Trump and Mexico’s Almo.

The poll results brought more of international shame to PM Modi – who has already been surrounded by International media for poor handling of Corona in the country. Modi topped the list with 90% of the votes for handling the pandemic in the worst possible manner.

This poll result comes as the pandemic appeared to be overwhelming large urban centres such as Delhi, where hospitals ran out of beds and life-saving oxygen. Bodies piled up in morgues and crematoriums and anger grew on social media over the suffering and perceived lack of government support.

Ever since the second wave of Covid-19 has hit the largest democracy of the world, PM Modi has been criticized not only in India but in foreign medias too. There had been several instances in the country where people were gasping for oxygen, not getting injections to the long queues of cremation of dead bodies and the bodies found floating in Ganga.

With India’s COVID-19 caseload surged past 25 million this week, exposing a lack of preparation and eroding Modi’s support base, according to U.S. data intelligence company Morning Consult’s tracker of a dozen global leaders.

Modi’s overall ratings this week stand at 63%, his lowest since the U.S. firm began tracking his popularity in August 2019. The big decline happened in April when his net approval dropped 22 points.

Another survey by Indian polling agency CVOTER found the number of respondents “very much satisfied” with Modi’s performance had dropped to 37% from around 65% a year ago.

For the first time in seven years, respondents expressing dissatisfaction with the Modi government’s performance outnumbered those satisfied with it, CVOTER data shows.