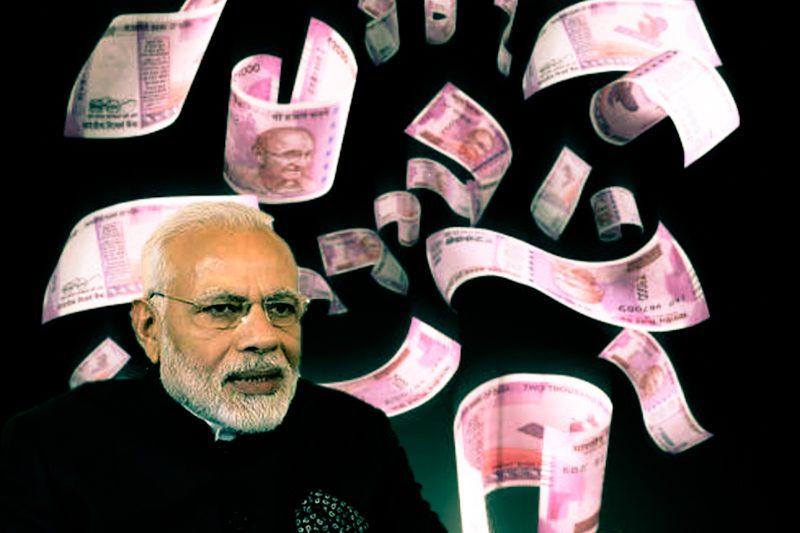 In one of the largest economic stimulus measures announced by any country, Prime Minister Narendra Modi unveiled a ₹ 20 lakh crore special economic package to boost India’s economy. In his address to the nation, Modi emphasized on ‘five pillars’ to make India self-reliant. These are Economy, Infrastructure, Tech-driven system, Demography and Intelligent supply system.
But where is the money coming from?

First of all, one must not confuse with the amount of ₹ 20 lakh crore as it is not what Modi Government is going to spend. The huge figure includes all the monetary policy measures already undertaken by the RBI. The central bank till now has already injected ₹ 5.2 lakh crore worth of liquidity into the system.
The package also includes the earlier fiscal stimulus measure of 0.8% of the GDP. This was announced by the Finance Minister on March 26. RBI may announce even more liquidity measures in the coming days. Plus, much of the package shall be used to give credit guarantees to banks.

Thus, the actual fiscal stimulus may be in the range of ₹ 7 to10 lakh crore. But this is not free money.

There are two ways government finances its deficit:
– through market borrowing, both internal and external
– deficit monetisation by the RBI.
The former increases public debt which has to be paid by future generations through higher taxes. The latter if done excessively can lead to high inflation.

Borrowing from the private sector is one option. But in the past India has managed to finance only about 6 to 7 per cent of its GDP.
In coming days, the RBI may announce its own version of the quantitative easing policy. Such a measure will fund the massive spending plan of the government.

However, this move is replete with risks as the Indian government will see big revenue drop this year. Halting of economic activities has caused tax revenue to go down to a trickle.
This, in turn, will force the rating agencies to consider downgrading India’s credit outlook.
Bond yields are already shooting up due to increased borrowing. Any decrease in credit rating will cause a flight of foreign investors out of India. This will make bond yields jump even further. Higher cost of borrowing, in turn, will negate the benefits of all additional government spending.

The PM didn’t give details of the spending plan in his 30 minutes of live address. Finance Minister Nirmala Sitharaman is expected to give out the finer details of the package today, after the stock market closes.

Considering the double-edged sword that this economic package is, government has to be very cautious about how and where it spends all the money.