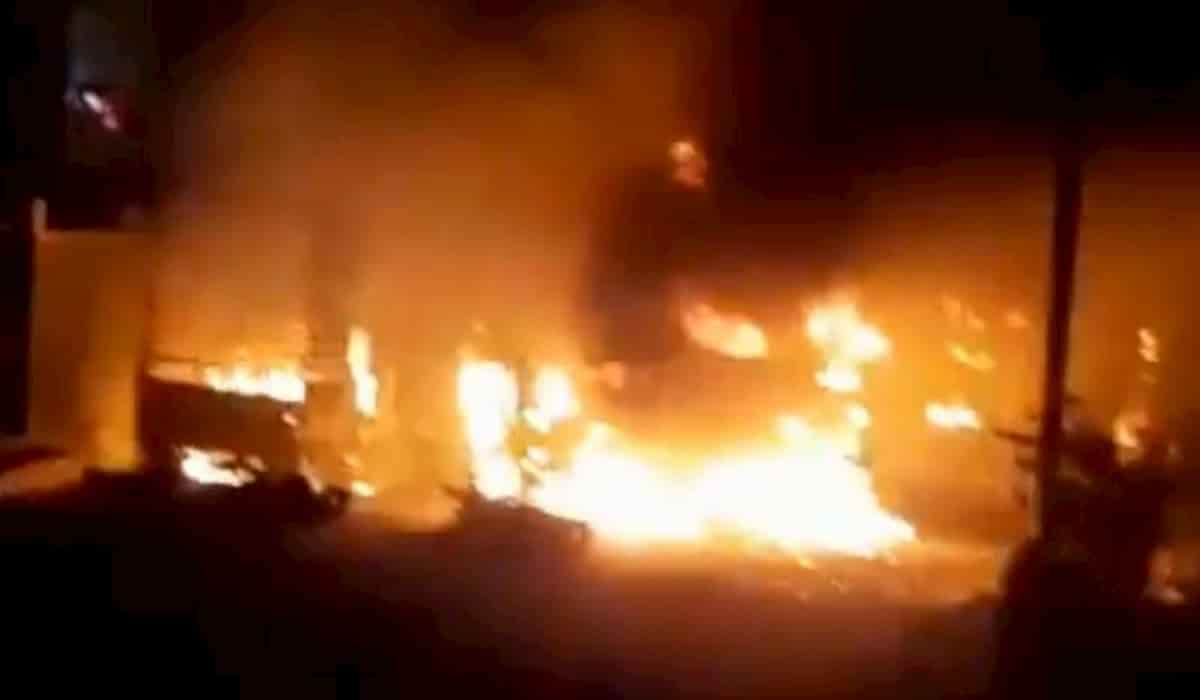 A vandalism incident has come to light at the residence of Congress MLA Srinivas Murthy in Bengaluru, Karnataka. A large number of miscreants created a ruckus. Along with sabotage, arson was also carried out outside the residence. Police had to fire to control the crowd. Two people have died in this and 30 people have been arrested. Section 144 has been imposed in the area by deploying additional force outside the MLA’s house.

According to the information, people were agitated after a post posted on social media of nephew of Congress MLA Srinivas Murthy. They said that this post hurt their feelings.

Angry people gathered in large numbers at the residence of Congress MLA Srinivas Murthy in Bangalore to create a ruckus. The miscreants vandalized with fierce slogans. In the entire matter, the Karnataka Home Minister said that the matter should be investigated, but the ruckus is not the solution to anything.

Police Commissioner Kamal Pant said that around 60 police personnel, including an Additional Commissioner of Police, were injured in the disturbance in the DJ Halli area after posting inflammatory posts on social media. He said that the police also had to fire in order to prevent nuisance. Two people have died during the firing, while one injured person has been admitted to the hospital. Section 144 has been implemented in the area.

At the same time, members of the Sadbhavana Youth Social Welfare Association and people associated with Bilal and other mosques have gone to the police station and filed a complaint against the nephew of Congress MLA Srinivas Murthy on a provocative social media post.