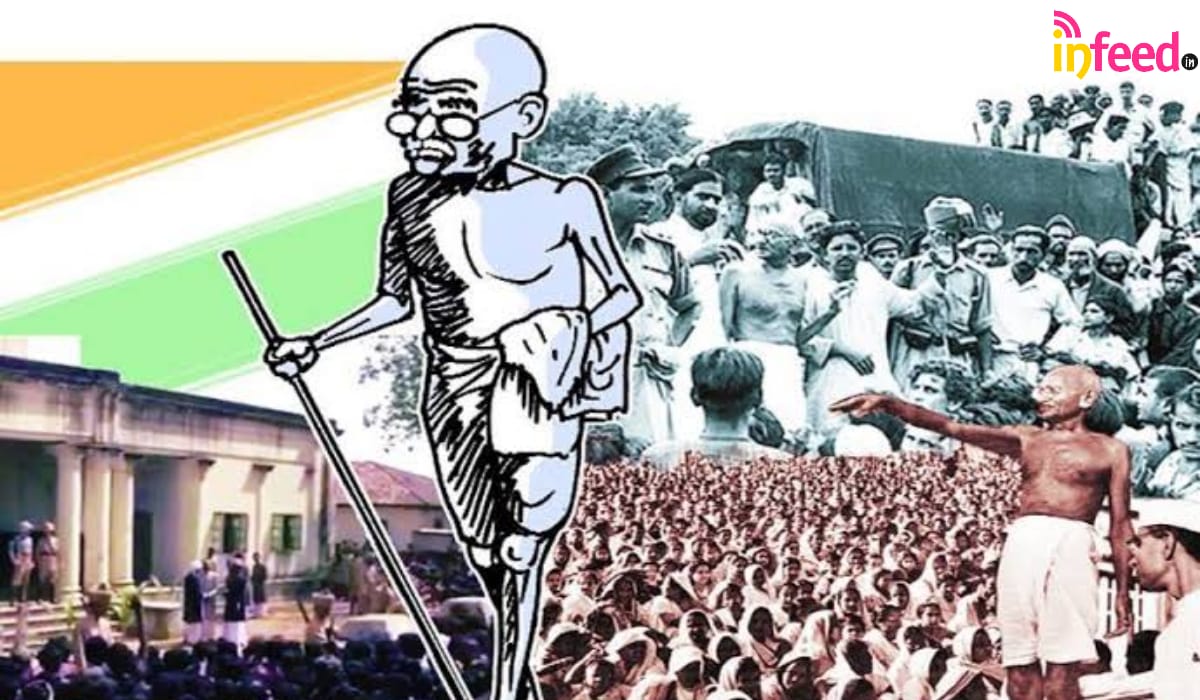 Till the Republic Day before the farmers movement, the discussion was only on the three agricultural laws and the farmers who had come out against them, but after what happened in Delhi on 26 January, those who criticized the movement also became vocal. Farmers leaders who are facing the ordeal of violence have declared Goodwill Day from 30 January. 30th January is the day when Mahatma Gandhi, the priest of non-violence, was killed. Gandhiji did his Satyagraha for farmers cultivating indigo in Champaran.

He forced the British rule to bow before the peasants with the power of non-violence and from here Gandhi got Bapu status.

In Champaran, located in the northwestern region of Bihar, the British implemented the three-pronged system. Under this, it was made compulsory for farmers to plant indigo in three kattha fields in one bigha land. In addition to Bengal, indigo was cultivated throughout the country. The farmers did not get anything in return for this unnecessary effort. In 1907, agitated by exploitation, the farmers surrounded Broomfield, the manager of Hardia Kothi, and killed him by beating him with sticks. Because of this, the English government became more strict.

The peasants were initially led by Sheikh Ghulam, who was arrested after the murder of Broomfield. After that it was commanded by Prince Shukla. Shukla was a prosperous farmer of the area. He strongly opposed this system of exploitation, but after a lot of effort, if nothing happened, he decided to go to the Congress of Lucknow to call Bal Gangadhar Tilak. On going there, he got the suggestion to contact Gandhiji.

Mahatma Gandhi stepped into Motihari on 15 April 1917 and from there began the journey of emancipation of indigo farmers. During this struggle, local farmers addressed Gandhi by the name of Bapu. Mahatma Gandhi launched the Satyagraha in support of farmers in Champaran. It is known as Champaran Satyagraha.

It was the first Satyagraha in India under Gandhiji’s leadership. Bapu wandered from place to place and talked to the peasants, penning the crimes against them and was given to Lieutenant Governor Sir Edward Gait on 4 June. Based on these statements, on 10 June, Champaran Agricultural Investigation Committee was formed, of which Bapu was also a member. After much deliberation, the committee submitted the report in October. On the basis of this report, on 4 March 1918, the Governor-General signed the Champaran Egregarian Bill and the system of forced cultivation of indigo, which had been in existence for 135 years, came to an end.