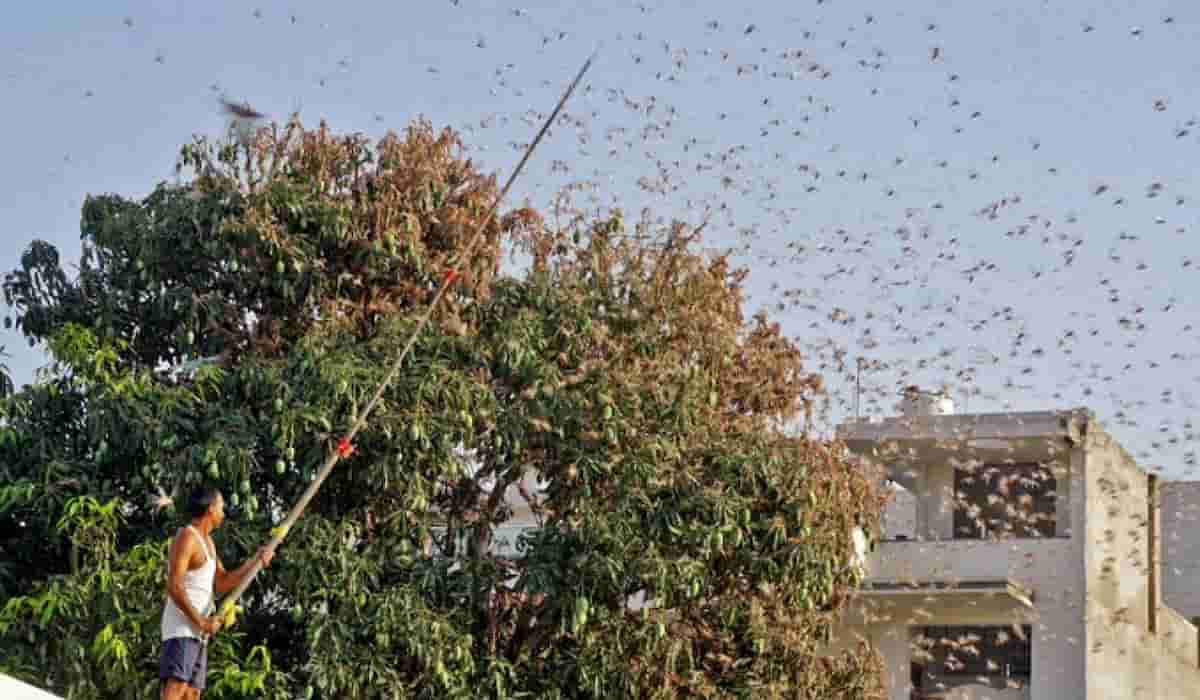 Bhubaneshwar| Odisha government will use drones to spray disinfectants in order to kill locusts in remote and difficult areas of the state. The information was given by Vice-Chancellor of Odisha University of Agriculture and Technology.

“Control Rooms have been setup in Bhubaneshwar and all districts to to coordinate efforts to deal with menance.” the Vice Chancellor added.

In a bid to control the spread of the insect, which have been affecting crops across the country, Union Agriculture Minister Narendra Singh Tomar has said that 15 sprayers from Britain will arrive in the next 15 days.

This is a species which are known to devour everything on their path. They attack may have an adverse impact on the national food supply chain and livelihood of millions of people.