Swarm of Locusts Sweeps North and West parts of India

Swarm of Locusts Sweeps North and West parts of India 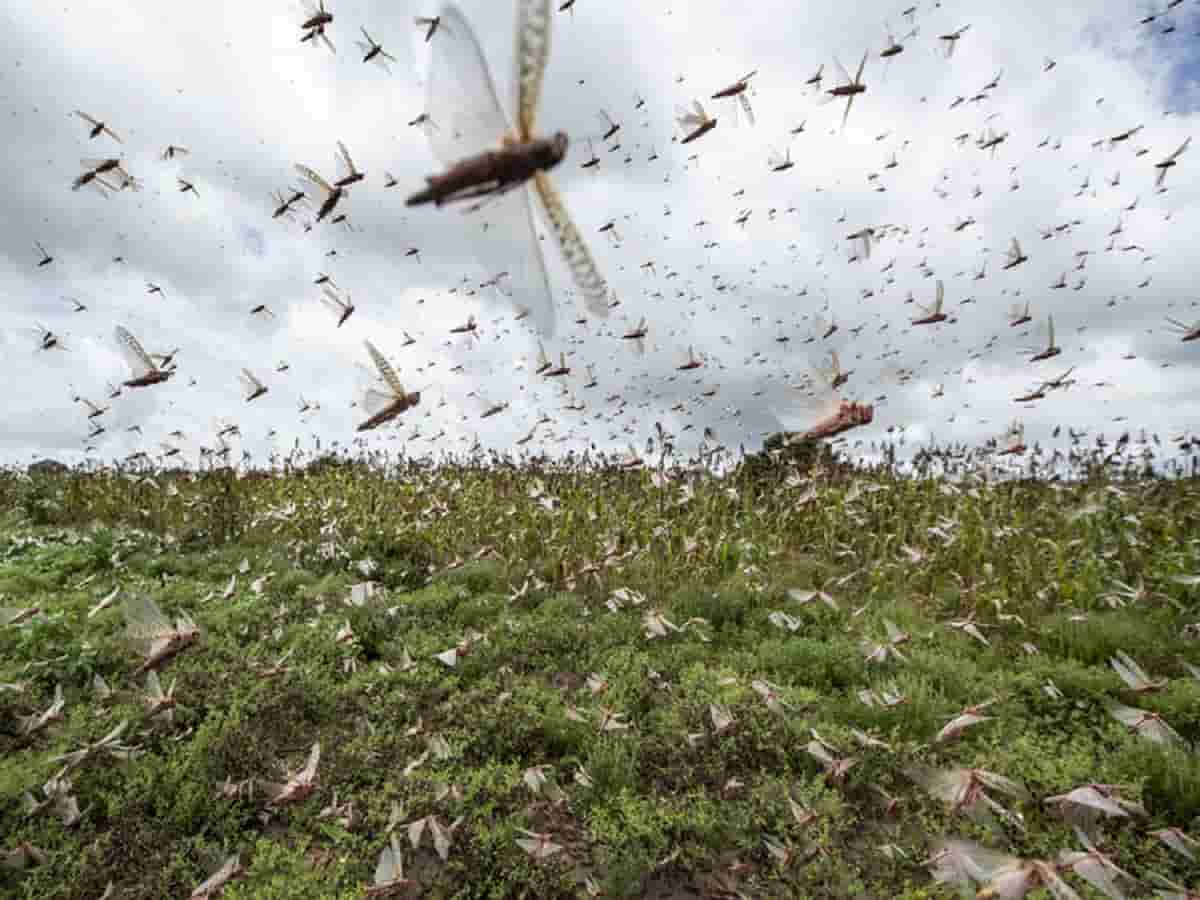 Visuals of the locust swarm attack currently underway in Rajasthan and Madhya Pradesh has made netizens and citizens shudder.

About this swarm:
Starting around the end of Summer 2019, A swarm of locusts has started ravaging agricultural croplands in Eastern Africa.

The swarms in the Horn of Africa had in fact first arrived there at the end of summer 2019. They had moved in from the Arabian desert, where good breeding conditions in the months prior had allowed them to multiply by an astonishing 8,000-fold, according to the UN’s Food and Agricultural Organization (FAO). It is to be noted that Climate Change played a role in creating these favorable breeding conditions. Please read the Carbon Brief article linked at the end of this post to know more.

In the autumn of 2019, the insects spread further inland from Somalia and Ethiopia into countries including Kenya and Uganda. In Kenya, the FAO’s locust watch service identified one swarm that was up to 60km long and 40km wide – roughly the size of Luxembourg. (For comparison: Luxembourg has an area of 2,586 km² and the UT of Delhi has an area of 1,484 km²)

That is how huge this swarm was. In fact, officials estimate that the swarm was made up of up to 20 Billion individual locusts.

At about the same time, locusts also moved from the Arabian desert into Middle Eastern countries, such as Iran, Oman, Bahrain and Kuwait, and into parts of Asia, such as India and Pakistan. There were even videos where Omanis were seen collecting the locusts as they are considered a delicacy in the Sultanate.

Now a locust swarm has hit India – moving in from the direction of Pakistan. The locust swarms which appeared first in Sriganganagar district on May 11 had now spread up to Churu in northeastern Rajasthan. As most of the agriculture fields are empty in Rajasthan and pink locusts have not much to eat, they are progressing fast towards Haryana. Meanwhile, swarms which came in from Jaisalmer area had reached up to Ujjain area in Madhya Pradesh. Banaskatha area in Gujarat is also affected by the latest attack by locust swarms.

Experts believe that locust swarms are a problem of global level and due to climatic conditions in Middle Eastern Africa, they are becoming recurrent problem for East Africa, Iran, Pakistan and India. Climate Change is most definitely making these swarms worse.