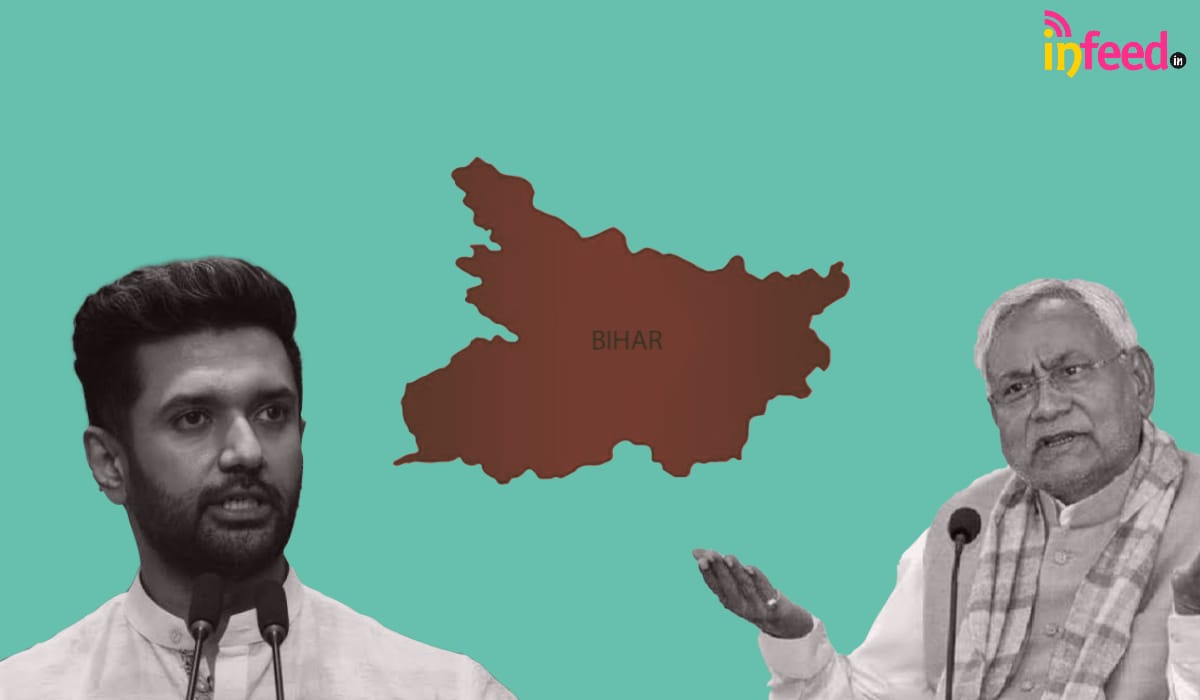 Union Minister Ram Vilas Paswan’s Lok Janshakti Party (LJP) is unhappy with the seat sharing formula of NDA for the Bihar Assembly elections. According to sources, a section of the regional party has expressed displeasure over the seat sharing, urging the high command to implement the plan to field candidates for 143 seats in the 243-seat assembly.

Sources say that the party will decide to continue with the NDA in the next two days or take a different route as the nominations for the first phase of the three-phase elections are to begin from October 1.
Though the BJP’s three main NDA allies in the state, JDU and LJP led by Chief Minister Nitish Kumar, have not yet made any authorized comment on seat sharing, sources claim that Paswan’s party has been offered 27 seats.

In the 2015 assembly elections, LJP had fielded candidates for 42 seats and won 2 seats. At that time, JDU broke away from the NDA and joined the opposition coalition with the presence of Congress and RJD, which defeated the NDA by mutual coordination.

LJP leaders have felt bad about not getting a chance in the seat sharing, on which they consider the party’s position to be a strong candidate. Though there are reports of the party opposing the plan to break away from the NDA alliance on behalf of the Lok Sabha MPs, the LJP has tried to defy it by releasing a video message of Veena Devi, MP from Vaishali seat. Veena Devi in ​​the video has demanded the party to field candidates for 143 seats.

LJP President Chirag Paswan, while praising the BJP leadership, has also hinted against not contesting against the saffron party candidates even in the event of separation. But he has given clear indications that his party can field its candidates in the constituencies falling under JDU quota. However, sources say that to convince Chirag from BJP, LJP has also been offered some seats in the Legislative Council. But nothing is clear at the moment.

The case has also got complicated due to the poor health of his party mentor and Chirag’s father Ram Vilas Paswan and his hospitalization. Sources believe that in the presence of Ram Vilas, it would have been easy to compromise the seat-sharing agreement with the consent of all the constituents, which has now become difficult.