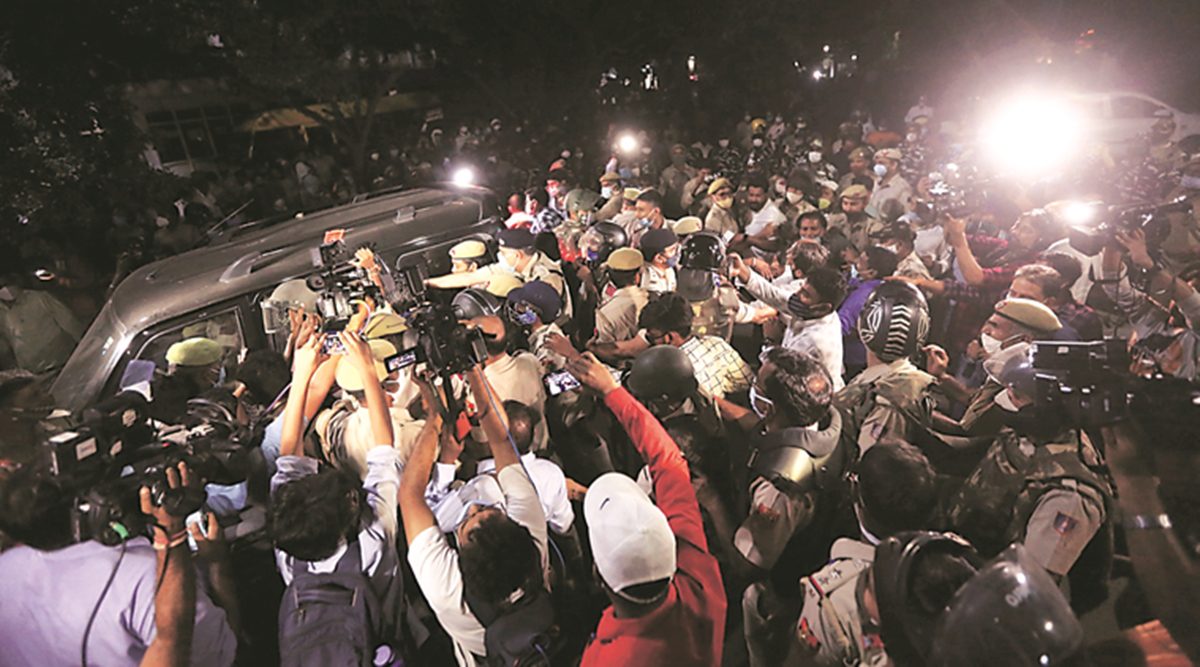 In the Hathras Gangrape Case case, the police is now seen to be surrounded by questions. After the death of the gang rape victim on Tuesday, the police cremated the body in the night without the consent of family members. During the last rites at around 2 am, the family members were not even allowed to come near the dead body . The family says that they could not take his daughter home for the last time.

Let us tell you that four boys from the village are accused of committing the Hathras Gangrape Case with this 19 year old Dalit girl. It was in the news that his tongue was also cut off after the rape. After which the victim was admitted to JN Medical College, Aligarh. From there he was brought to Safdarjung Hospital in Delhi where he breathed his last.

Hathras gang rape victim died during treatment at Safdarjung Hospital in Delhi today. After this, the DM of Hathras (Hathras DM) has given financial assistance of 10 lakh rupees from the government to the victim’s family. At the same time, the district officer said that the thing that bitten the gang rape victim’s tongue is absolutely wrong. With this, the DM said that the four accused of gangrape have been arrested under the SC-ST Act.

The incident is dated 14 September. At that time, the woman went to the farm with her mother to take the fodder. Here the gangsters gang-raped her. Before escaping, the accused crossed all the limits of cruelty and beaten the woman brutally and broke her leg. Doctors doing primary treatment said that the woman’s neck was twisted with cruelty. His lower back stopped working and he started having trouble breathing.