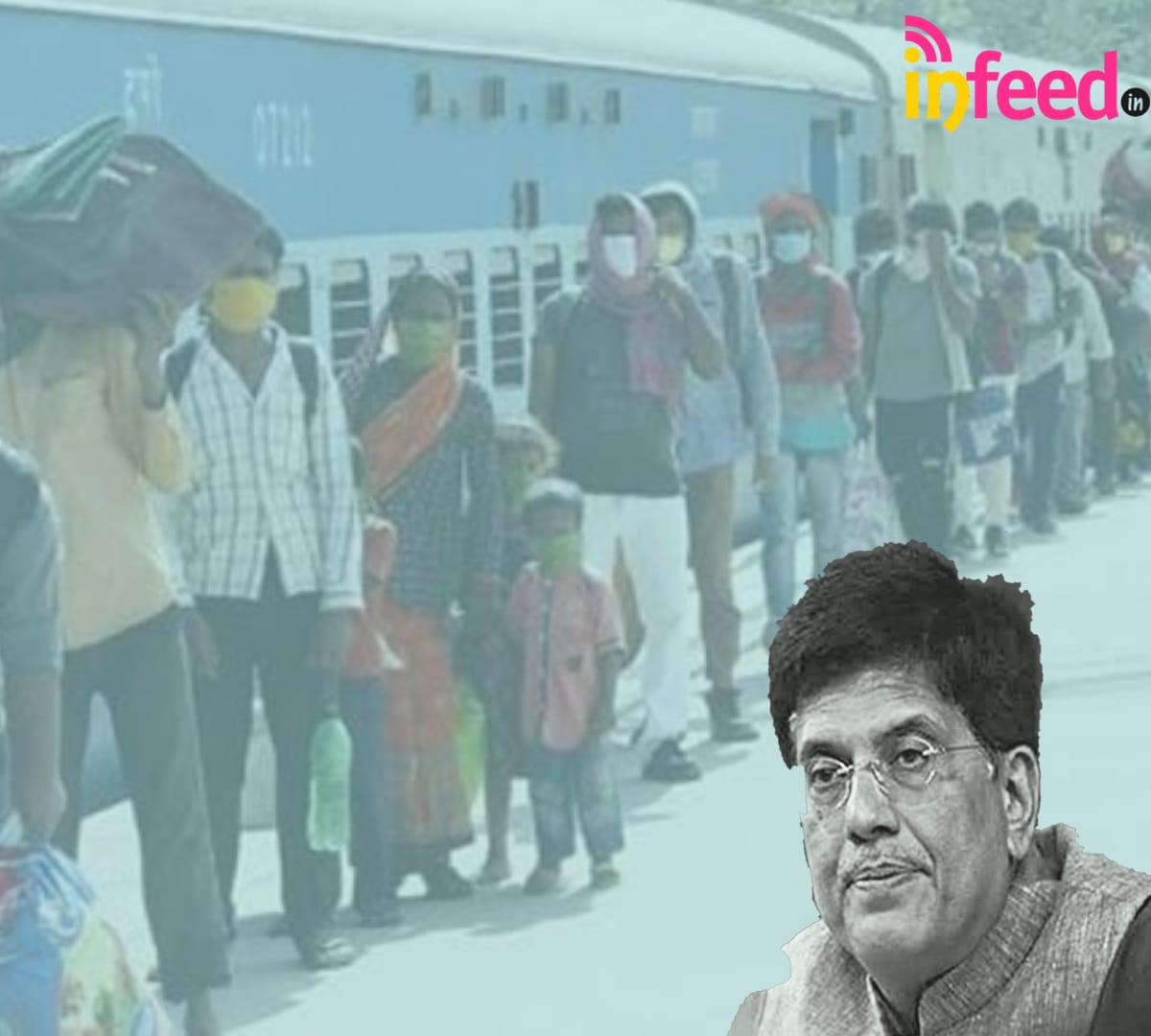 New Delhi| Railway Minister has once again been exposed after his statement about opposition chief ministers not cooperation regarding the movement of ‘Shramik Special Trains’ meant for migrant workers.

Migrant workers, who have been struggling hard to return back to their homes have been caught between the politics and the Railway Minister has started playing political cards over it by putting on wrong facts and trying to play the blame game with the opposition CMs.

Piyush Goyal, in his statement has said ‘several states like Rajasthan, Chattisgarh, Jharkhand, West Bengal are not giving enough permissions for Shramik Special Trains to enter in their states.

The respective Chief Ministers have exposed the lies of railway minister about his lies. Making a comment on the statement, Rajasthan Chief Minister Ashok Gehlot tweeted – “There is no permission pending for any train with govt of Rajasthan. In fact Rajasthan was in strong favour that Railways shd b allowed for commute of Migrants. But I am not surprised to see statement by Railway minister,they are skilled in passing their failure on to state govts”

Adding to this, Chattisgarh Chief Minister Bhupesh Baghel has cornered the railway minister saying that out of the 30 permissions sought by the state, the railway department has cleared just 14 trains. He also said that an amount of 1.17 Crore has been paid by the state government for Shramik Special Train Fare for the migrant workers.

A similar statement regarding West Bengal was also issued by Railway Ministry earlier, which was quoted as misleading by official handle of Home Ministry, West Bengal

As per the tweet, all the trains were approved and communicated to them.

According to the railways guidelines, receiving states have to approach it after getting approval of sending states to send migrants in a Shramik Special Train. The railways works as just carrier. Railways has also been cornered earlier regaring the fare being taken from the migrant workers.

Railway Minister has been exposed several times for making lies ranging from a train video in which he increased the train speed to make prove it that Indian trains are running faster.

People have been mocking him ever since for lying on different occasions and doing pity politics.