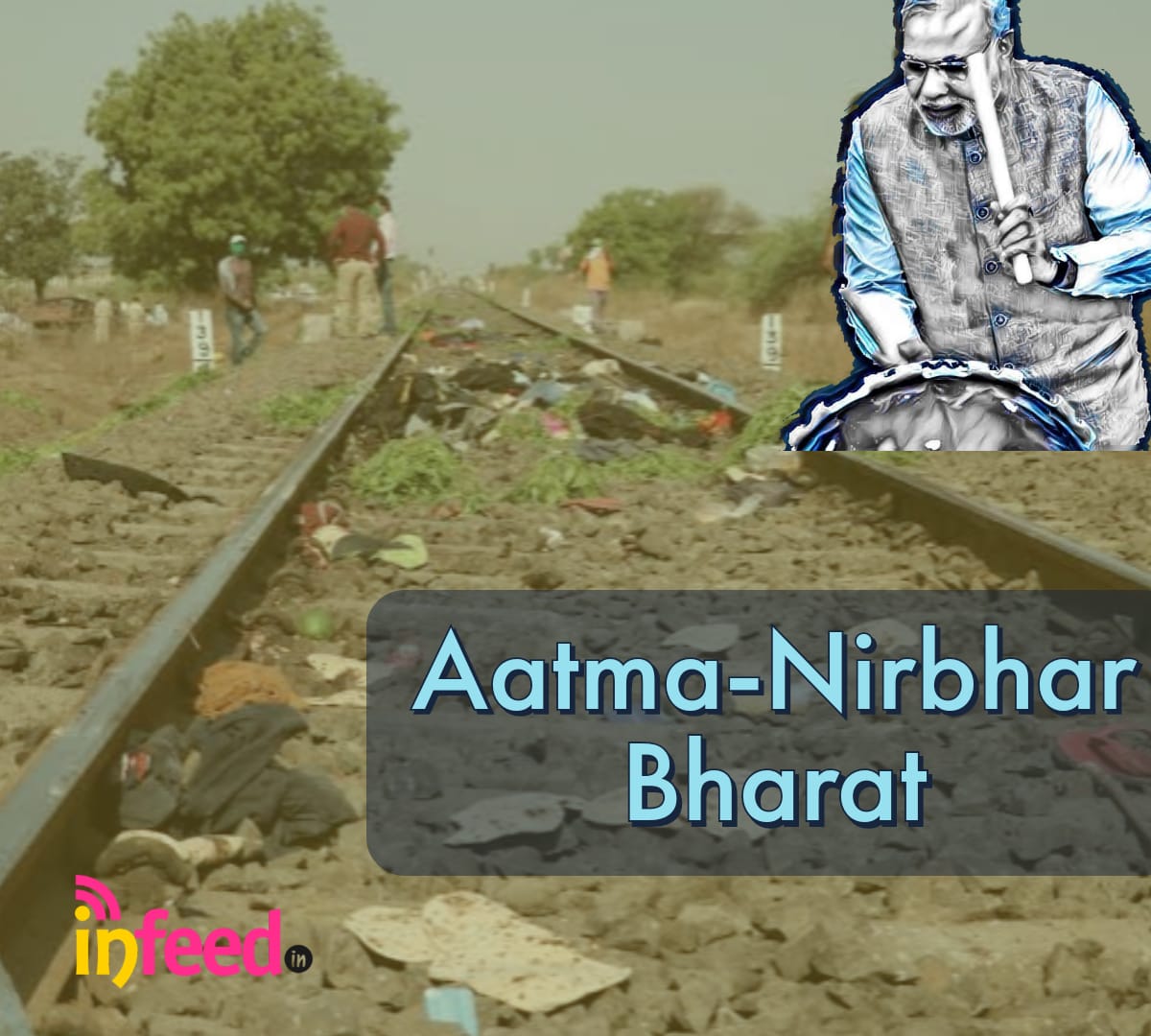 By not uttering a single word about the laborers running on the roads in lakhs of lakhs, the Prime Minister has indicated that the workers and poor class should not expect anything from the government. He should be self-sufficient and travel from Delhi or Mumbai to UP Bihar on his feet.

Many good things too, but whose life is on, what is the purpose of the economic package? Industries will definitely get relief from the economic package. First of all, life should be saved. This speech was a very electoral speech in which there was nothing for the people trapped in crisis, starvation and life crisis.

One of whose sons is trampled on the highway on foot yesterday, the other is trapped in the road, go to that mother and tell her that PM has asked to ‘be vocal and make the locals global’

Things like ‘Aatma Nirbhar Bharat Abhiyan’ and ‘Vocal for Local’ are common. They are like ‘old wine in a new bottle’. Because at the end of 2019, in the speech of Varanasi on behalf of the Prime Minister, the country had got the recipe ‘buy local’ and ‘promote local’.

The question is also what is the difference between ‘Make in India’ and ‘Self-reliant India campaign’? Except that ‘Make in India’ was announced on 15 August 2015 from the ramparts of the historic Red Fort, the ‘Self-Dependent India Campaign’ began on 12 May 2020 from the Prime Minister’s residence at Lok Kalyan Marg.

The biggest hope in ‘Make in India’ was from the defense manufacturing sector. It also got 100 percent foreign direct investment (FDI) permission. Despite this, only 1.17 crore foreign investment was made in the last four years.

News website Huffington Post made a report in 2016 about the logo of Make in India, according to the report Chandra Shekhar Gaur, an activist from Madhya Pradesh, put up an RTI, asking questions in the RTI about who made the logo of Make In India Made it?

It was answered that no tender was given for the special logo. But for the campaign and designing of Make In India, there was definitely a company named “Wieden + Kennedy India Limited”.

This company had prepared the logo of Make In India. In fact, this company has a subsidiary in India (in plain language, it has a branch in India), which has its office in Saket, Delhi. The Central Commerce and Industry Ministry hired the same firm for Rs 11 crore for three years. So that branding and designing of Make in India can be done.

Tell me the branding of Make in India is also being done with the help of foreign company. laughing. What would be more laughable than this, especially when the entire community of India is indifferent to forward WhatsApp messages with indigenous, native and foreign.

Apart from this, the matter of the Prime Minister’s “Vocal for Local” is confounded by the fact that Narendra Modi did not use local to make his image vocal. It is so ridiculous that the Prime Minister even hired a foreign PR agency to brand his image.

When Modi was the Chief Minister of Gujarat and was eyeing the throne of Delhi, he realized that the image of the Gujarat riots had been engulfed by his image.

Whenever there is mention of Modi, there is also mention of Gujarat riots. An example of this is that the US also refused to grant a visa to the Chief Minister of one state of India, Narendra Modi. Upset about his national and international image, Modi hired an American PR lobby company, APCO Worldwide. So that Modi’s image in the country and abroad is changed.

You must have heard the name of “Vibrant Gujarat”, which used to attract foreign and domestic investors to invest in the state of Gujarat. The main purpose behind this was the branding of Modi. As the image of rioting, murderer, Hinduism was associated with Modi, Modi wanted to show himself as a leader with “busines and investment as a moto” to remove his negative image. APCO Worldwide company was also behind this vibrant Gujarat. APCO World Wide Company is an American company headquartered in Washington. Economic Times has given a detailed story about Modi and APCO world wide.

In the country where the workers are walking three thousand kilometers, the PM of that country gave a speech on self-reliance and self-determination. If it was about the economic self-sufficiency of the country, it is necessary to save the lives of millions of people with it first.

Rest all of you keep uninstalling Tiktok for the country, oppose Chinese Jhaler, Phuljhdi, Firecrackers. So that it can be vocal for the local, as Modi ji has said. What would be the benefit of this, you must have read on WhatsApp till now