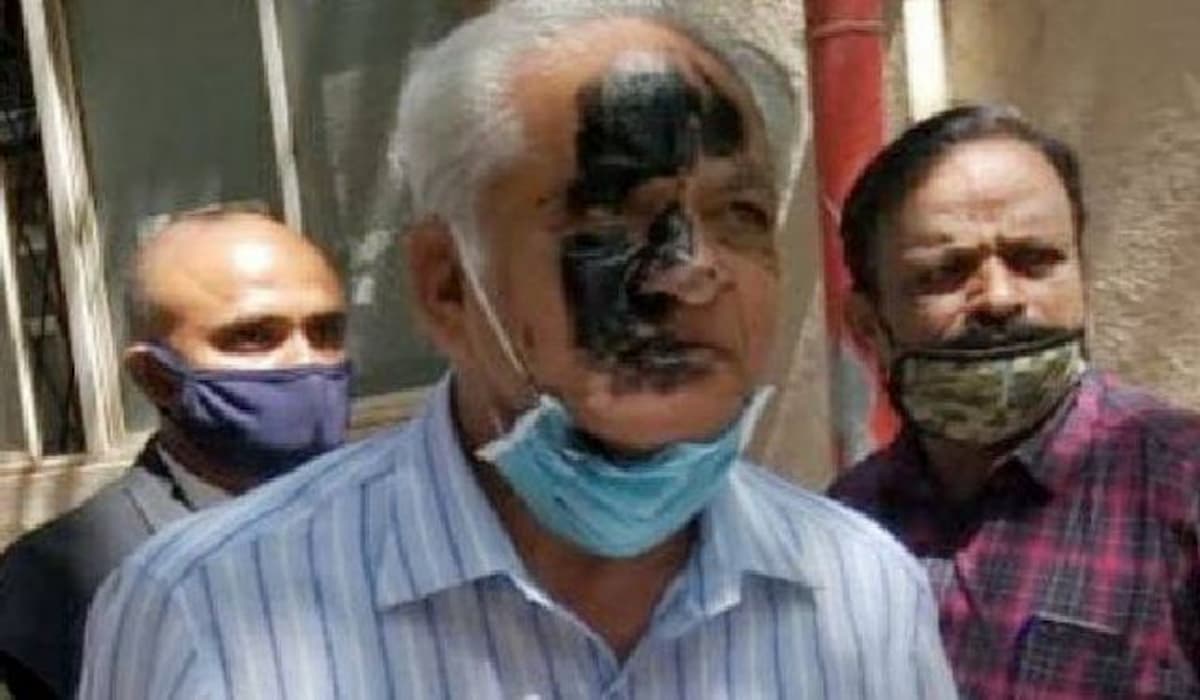 On Thursday, a female lawyer named Meera Raghavendra blackened the face of Professor KS Bhagwan, a noted author and rationalist thinker from Karnataka. After which there was an uproar in the court premises. The lawyers demanded the cancellation of the membership of the female lawyer. The lawyers said that the woman has blackened the profession of lawyers, not on the face of the writer.

Author KS has also questioned the existence of Lord Rama. In his book ‘Ram Mandira Yeke Beda’ written in Kannada, he claimed that Rama was not God. Right-wing organizations also demonstrated against it. The author is accused of insulting Lord Ram in his book