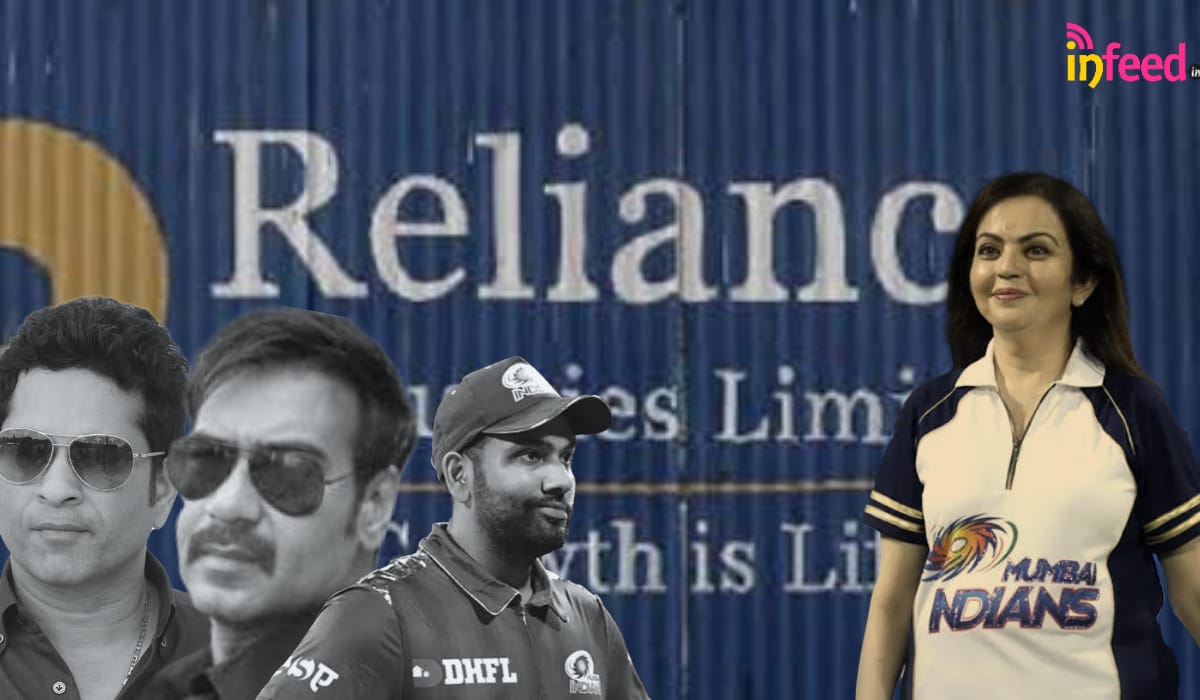 What do Mumbai Indians have to do with the MEAIndia twitter tantrum, that began with Kangana & Rihanna, &  the #FarmersProtest ?

What began with Kangana’s response to Rihanna, became India’s ONLY (as claimed by many on social media) National Issue, since Independence.

Intuitive Indians, will be able to comprehend this as it is meant to be, and understand what I have not expressed in words, as you read this.

So, Rihanna tweets, Kangana responds and calls her a FOOL or should it have read PHOOL ? ‘FOOL/PHOOL’ is the key communication within ShahKA training sessions and one of the most important words after ‘Sattar Sal’ in the WA University SYLLABUS

Here are a few questions:

Why did Kangana CHOOSE to respond to Rihanna, using RunOut language?

#FarmersProtest is an SM hashtag(#) that a lot of US (US as in Indians, not US as in United States) have been using since day ONE, making it an overwhelming TREND. It is only NATURAL therefore, that “INTERNATIONAL” SM teams WILL have noticed the hashtags and the number of TWEETS on it, for it to gain considerable TRACTION(not the TRACTOR!). If you have chosen to receive the FREE digital courses offered right through the #Lockdown, you will be able to relate to what I am saying.

And it changed everything… a rather amusing SOCIAL media movement between Rihanna.Kangana.Dosanjh, suddenly became a TWEET from the Ministry of External Affairs which it justified was in response to an “INTERNATIONAL CONSPIRACY” . I am not surprised or shocked, given that the strongest aspect of governance of this government’s since 2014 CLEARLY has been Social Media Governance.

GodiMedia Unleashed an EPICsode on #IndiaTogether and #IndiaAgainstPropaganda featuring Sachin Tendulkar and more. A quick glance through the hashtag will reveal the WHO and Who’s WHO on that list. The language, needless to say, is “Auto POORwrite and CopeYe End Paste” to let the nation know that Ministry of External Affairs (please remind me WHY we have that MINISTRY) is now having labour pains because of a CERTAIN “Rihanna to begin with and Kangana fear to CONTINUE” (by the way is Kangana the only WOMAN in India who has the POWER to MOVE Social Media attention on BE-Half of the BJP? Curious since once upon a time Ekta Kapoor ruled BJP. Now looks like Johar has taken over or given in. (I don’t know and don’t correct me if I am wrong, just give it a more interesting twist. thank you in advance )

If, while writing I am beginning to sound gossipy, imagine HOW every IT cell “troll” felt yesterday ! Ha ha… it brings me back to why I chose to write about  this in the first place.

Long silent “little master” tweeted… and the # matched with THIS

Kangana OUT. Sachin Ten-dhool-kar batting. Everyone I know who knows and adores the BAT this MAN has held and the RUNS he hit, SHOCKED the fan base amidst the protesting farmers. How COULD HE ? WHY DID HE ? May be an there is no answer JUST YET, par… Sach-In kahan chupega… Arjun is still to bat and be bowled.

The # didn’t have a tiny, insignificant handle traction. Which meant that the IT cell was in CREATIVE mode. So, celebrities akin to “The President” were asked to mark their SM presence using the TWO hashtags as GIFTED to them BY THE MEA. To COMPETE alongside Kangana and help “DESTROY” the INTERNATIONAL propaganda against BJP of INDIA.

In the mea time, another diversion – how many of you like ME, took offence to Kangana’s content on two counts ? Calling farmers Terrorists, and calling our country vulnerable and broken! The only part that works is the fact that as you READ her TWEETS you can almost hear her say those words –

“No one is talking about it because they are not farmers, they are terrorists who are trying to divide India, so that China can take over our vulnerable broken nation and make it a Chinese colony much like USA…
Sit down you fool, we are not selling our nation like you dummies.”

Coming back to where I started, and what I am writing this piece for – two tweets that “sell Reliance and Mumbai Indians” ,clearly “begins with Sachin’s Tweet and is affirmed by Rohit Sharma” . The rest of the celebrities are all SPOTTED and PHOTOgraphed at every AMBANI do (event)and do not in Mumbai!

The BJP Media is AMBANI and now SOCIAL MEDIA is Mumbai Indians for a CLAUSE!

A few more questions to ask yourself as an Indian

Just so you know, that Kangana calling Rihanna a FOOL isn’t the ISSUE. It is  actually calling India as vulnerable and broken under BJP that is more dangerous. Since, now FOR SURE, because of Her, the WORLD is aware (take a look at the number of people who have liked Rihanna’s TWEET), that India is vulnerable and broken. In a secret message using “FOOL” she has in fact given CHINA the go ahead with the “colony building on our International Borders, even as we FORTIFY our STATE borders to trap farmers”.

On a lighter note, only an Indian watching Indian television can write an article that reads like an episode from a serial for a real life drama class called “Indian Politics”. Before I go, it is important  to remember, this isn’t about Rihanna or Kangana… the real question is WHY THIS ?