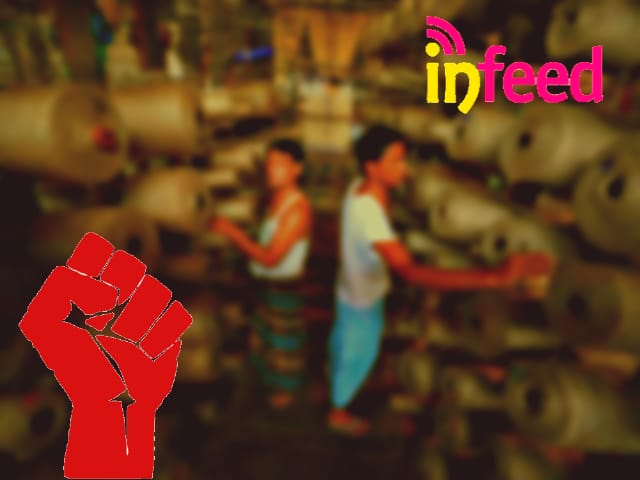 The Prime Minister while interacting with Chief Ministers of various states during the lockdown had discussed about the revamping, restructuring and restarting the commercial and industrial process within the country in the coming days.

Indian labour laws differed from the labour laws of other countries of the world as it had distinction which represents state’s position with respecdt to both capital and labour. These laws held irrelevant to about 90 percent of India’s labour force. Very rarely, do they seem to protect a small section of the great labour force. had the unique distinction of representing the state’s war on both capital and labour. They were irrelevant to 90 per cent of India’s labour force. According to KR Shyam Sundar these laws are “not even a paper tiger”.

The idea that Indian labour’s bargaining power was an obstacle to India’s industrialisation is errant nonsense. While people may think that the labour laws were helping industrialists, in actual sense, nothing was like that.

It was really necessary by the government to look at these laws afresh. It was on this inspirational note of the P.M., the Government of M.P., Gujrat and U.P. had announced to amend their labour laws. Madhya Pradesh, Uttar Pradesh, and Gujarat state governments have relaxed labour laws in a bid to attract investment and restart economic activity that was paralysed by the nationwide coronavirus-induced lockdown. Punjab, Himachal Pradesh and Gujarat have also amended their Factories Acts and increased the work hours from 8 to 12 hours a day or 72 hours per week.

Following are a few highlights of the aforesaid in the states like U.P. , M.P. and Gujarat:-

Now as far as the outcome of the above-mentioned amended provisions of labour laws are concerned, it could be like the two sides of the coin. – the lockdown has created a huge mess in the service sector due to which has ultimately generated unemployment, lay-offs etc. Such effort by the various state governments could give a ray of hope to the one who is keen to give a kick to any start up venture –

On the other hand, some experts opine that-

Conclusively, the bottom line requirement of  “रोटी, कपड़ा और मकान ” has unfortunately no alternative for the poor, stranded and helpless labours of the country and in a manner beneficial for them also as is always said that something is better than nothing