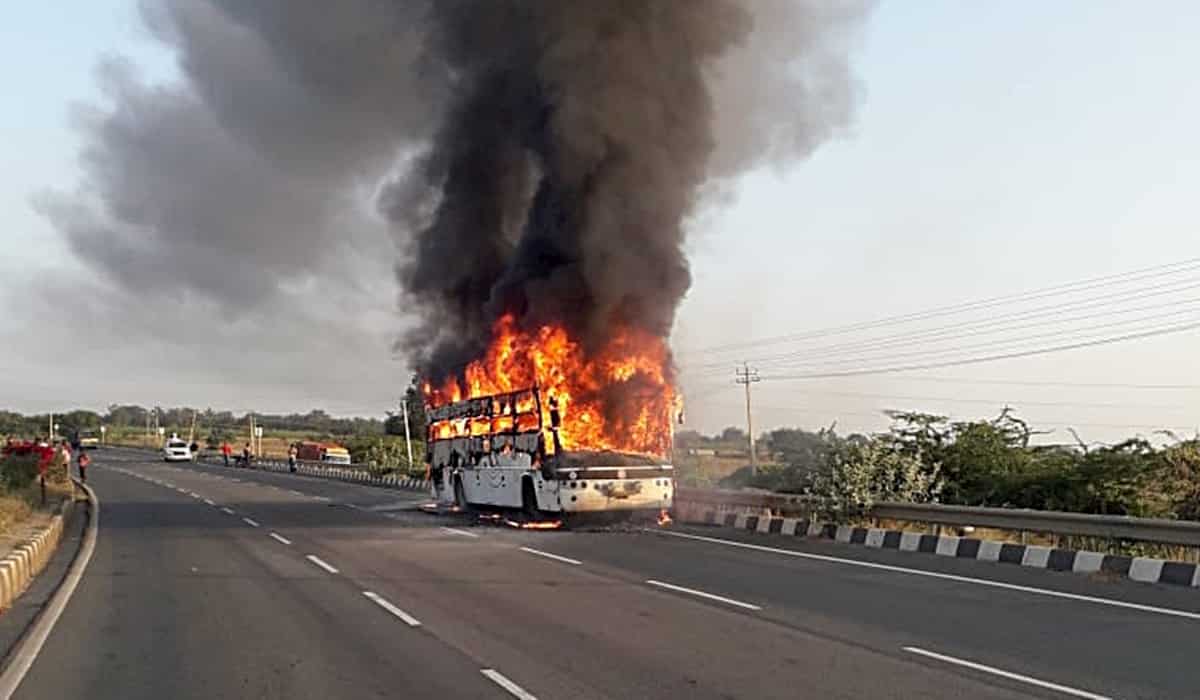 According to preliminary information, the bus had 32 passengers and caught fire near KR Halli on National Highway 4 of the district. The dead included a woman with two children.

A fatal accident occurred due to a malfunction in the bus’s engine. SP Radhika has reached the spot after the accident. The injured have been admitted to the nearby district government hospital. At the same time, the police have registered FIR and started further investigation.