Judges in Field:Feeds the needy

Judges in Field:Feeds the needy 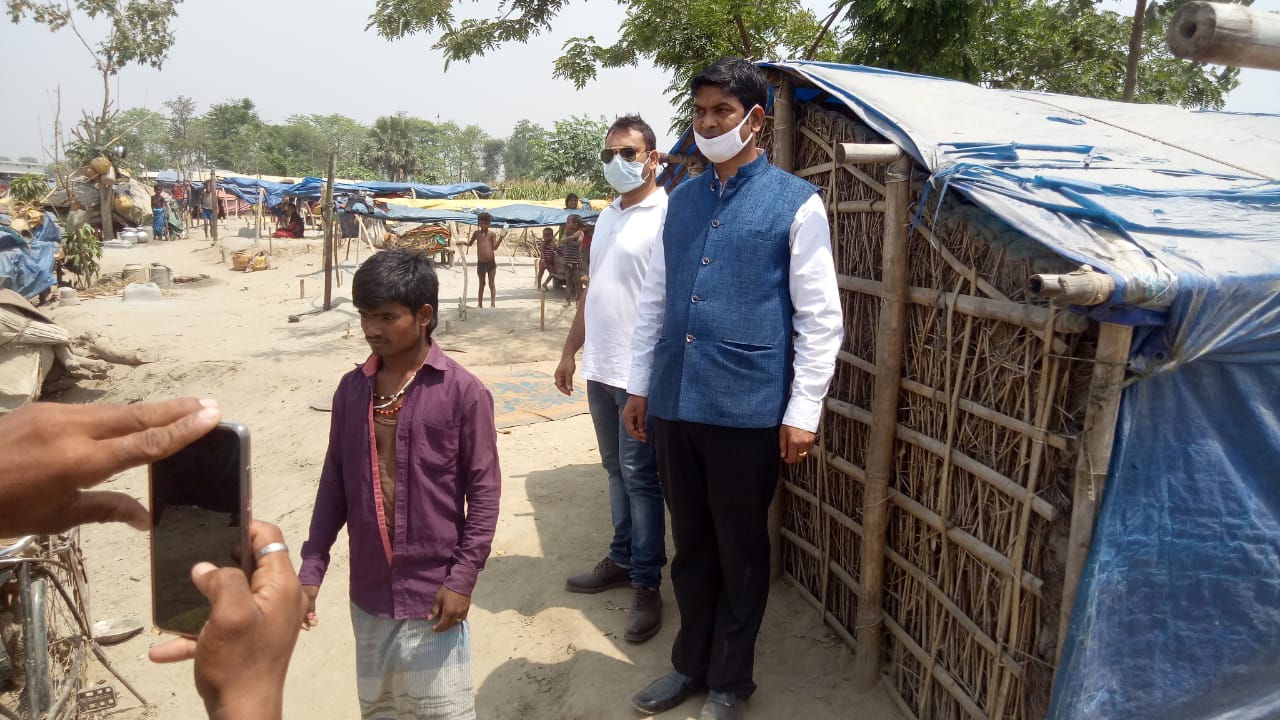 Bihar is backward state in which Araria is one of the most backward districts .The Judges of Araria District Court has really proved that humanity exists. Planning to “feed the needy” was agenda of the entire Judgeship . Meeting was done through video conferencing among the Judges of Araria Judgeship under the abled guidance of District Judge Shri P Kamal Dixit ,DLSA Secretary Shri Dhirendra Kumar and CJM Shri Anand Prakash Singh . Early Morning the work started . Cooking of food started under guidance of Shri Devraj and Shri S K Sharma both ACJM in Araria Court .The budgetary suggestions and planning was done by Shri Sanjeev Kumar Sub Judge-I .
All ADJ Shri R C Malviya ,Shri Sanjay Kumar,Shri Raman Kumar,Shri R K Shrivastava ,Shri A K Das and Shri Satendra Singh was monitoring cooking of food since 5 o’clock in the morning .
The food was cooked by 9:30 and Packeting of 1000 was completed by 11 o’clock.
Thereafter with the help of SDPO ,Pushkar Kumar and SHO King Kundan food was distributed amongst the poorest of poor in Araria Slums.
At the temperature of 36 degree Celsius Sri Amit Vaibhav,Shri Kumud Ranjan,Shri Rajesh Ranjan all Judicial Magistrate First, Probationer Judges Shailendra Kumar ,Vishal Sinha etc along with CJM Shri Anand Prakash Singh distributed the food packets in the slums of RH Araria and Zero Mile Araria .
There was active participation by Amit Kumar, Vijay Kumar,Abhay Kumar and many other Court staffs to achieve the target.This is proved by Araria Judgeship that Humanity not only exists in library but on ground.