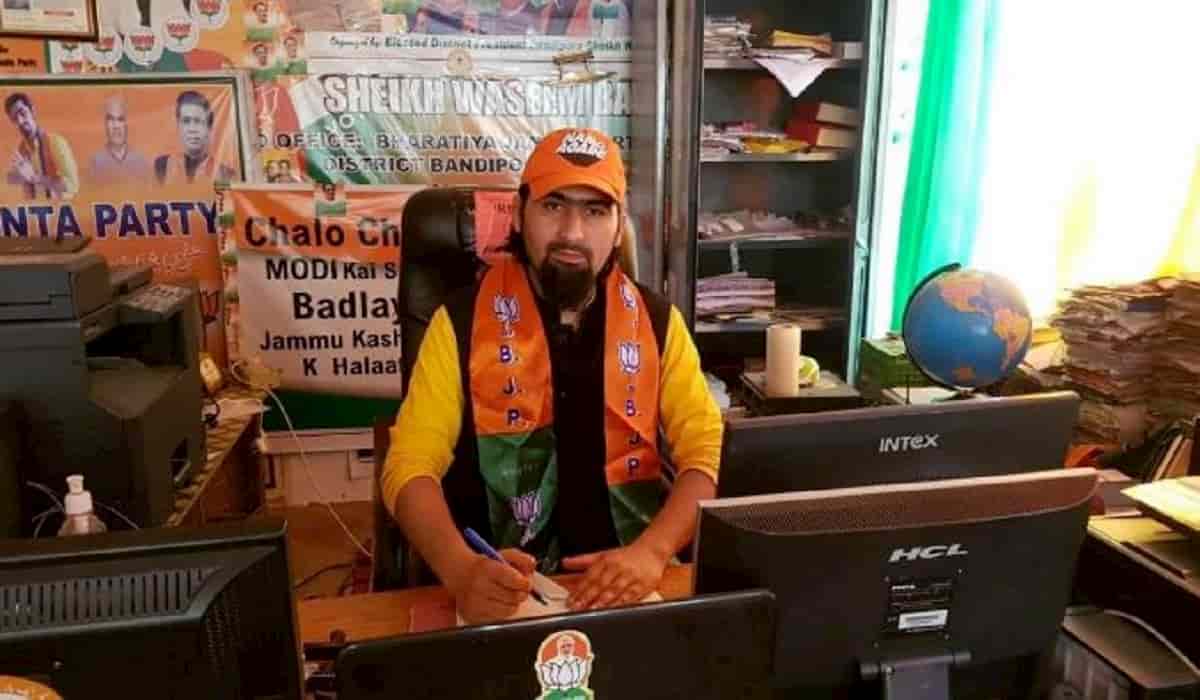 On Wednesday night, militants shot dead three family members including local BJP leader Sheikh Wasim Bari in Bandipora district of Jammu and Kashmir. In the incident near Bandipora police station, militants also fired on Wasim Bari’s brother and father, both of whom lost their lives after being injured. Wasim Bari was also the former BJP president of Bandipora district.

After the assassination of the BJP leader, Prime Minister Narendra Modi spoke to Union Minister Jitendra Singh about the incident. Dr. Singh tweeted, ‘On the phone, Prime Minister Narendra Modi inquired about the murder of Wasim Bari. Along with this, he also expressed condolences to Wasim’s family. At the same time, BJP President JP Nadda said that the death of BJP leader Wasim Bari and his family members in the terrorist attack in Jammu and Kashmir is a big loss for the party, the sacrifice will not go in vain.

The Inspector General of Kashmir Police, Vijay Kumar, said Bari, his father and brother suffered serious injuries due to the bullets fired by the militants at his shop. Kumar said the three were rushed to the hospital but declared dead.

Former Jammu and Kashmir Chief Minister Omar Abdullah has mourned the death of Bari. Immediately after the attack, Abdullah tweeted, ‘Sad to hear about the deadly terrorist attack on BJP leader and his father in Bandipora this evening. I condemn the attack. My condolences to their families in this hour of grief. ‘

At the same time, while giving more information about the incident, Jammu Kashmir DGP Dilbag Singh said, ‘Wasim Bari was the former BJP president of Bandipora district. Eight security personnel were given to protect his family.

The army has been campaigning against terrorists in Jammu and Kashmir for a long time. Many large terrorists have been piled up in almost daily encounters in various areas. In the Valley this year, terrorists including top commanders of several terrorist groups including Hizbul, Lashkar have been killed.