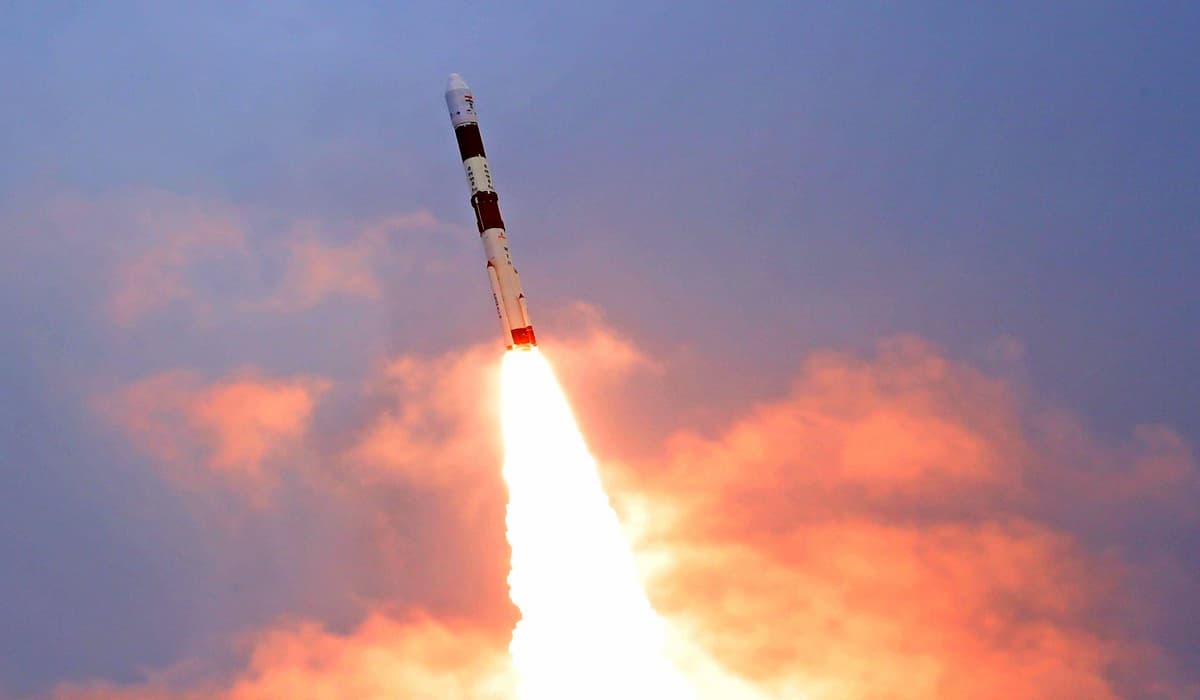 PSLV-C49 with radar imaging satellite EOS-01 and nine foreign satellites flew at 3:12 pm after 26 hours countdown from Satish Dhawan Space Center at Sriharikota.
EOS-01 is an improved version of the Earth Observation Reset Satellite. It has a synthetic aperture radar, which can monitor the Earth at any time and in any weather.

The biggest feature of this satellite is that it can see the earth even in the midst of clouds and a clear picture can be taken of the earth. With the help of this satellite, the Indian Army will be able to monitor its borders as well as monitor every movement of China and Pakistan.

The Polar Satellite Launch Vehicle (PSLV) rocket was scheduled to take off with all the satellites in its 51st mission and would leave in space at 3:02 pm. It was delayed by 10 minutes due to debris in the route of the vehicle.

This year was the first mission of ISRO, as many missions of ISRO were halted due to Corona epidemic. The satellites that have been sent include one from India, one from Lithuania, four from Luxembourg and four from the US. About 20 minutes after launch, the vehicle successfully placed all satellites into orbit one by one.

When the Indian satellite was separated from the EOS-01 PSLV rocket, the onboard camera mounted in the rocket took beautiful pictures of the satellite and the Earth. Earlier, ISRO launched the RISAT-2 BR1 rocket PSLV-C48 on 11 December 2019, which was a surveillance satellite.

This satellite can be used for better management in disasters like flood, drought and earthquake. It can also be used for farming, forestry, soil moisture, geology and coastal monitoring.