Ishqbaaz actress Niti Taylor and Parikshit Bawa’s love story is fully filmy. Know all about it

Ishqbaaz actress Niti Taylor and Parikshit Bawa’s love story is fully filmy. Know all about it 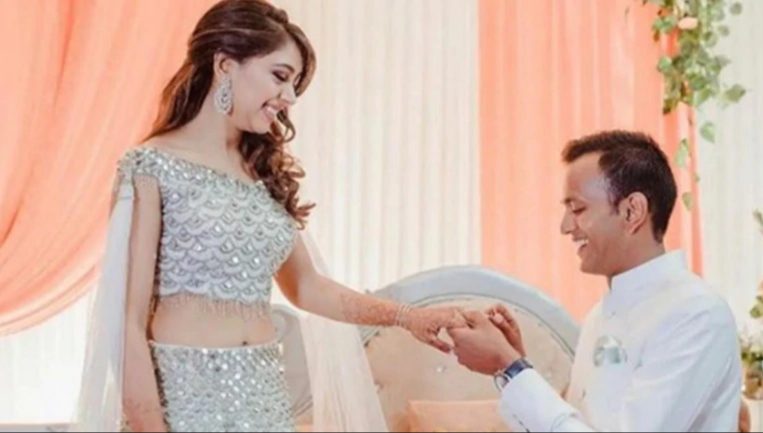 Niti Taylor and Parikshit Bawa’s lesser-known love story became public after the childhood sweethearts got engaged in a lavish ceremony on Tuesday (August 13). Interestingly, the Ishqbaaz actress and the Indian Army Captain, who started dating only a few months ago, first met each other in school. At that time, they were good friends.

It was only when Niti and Parikshit re-connected on Instagram that the two realised they share a lot of common qualities and fell in love.

“I knew Parikshit from school and back then, we were good friends. A few months ago, we reconnected on Instagram. When I started to know him better, I realised that he is a gem of a person. I met him in Delhi. My parents met him too, and they also liked him a lot. The best part about having Parikshit in my life is that we share the same qualities,” Niti said in an interview with Bombay Times.

Niti, who last played the role of Mannat in Ishqbaaz, however, isn’t planning to tie the knot immediately.

“We don’t plan to get married this year. Hopefully, it should happen next year. My fiancé’s job takes him to different places, while I am currently based in Mumbai,” said Niti.

We decided on FOREVER 💍 On the eve of beginning my life's most beautiful moment, I feel all the love and happiness there possibly can be. It only feels complete after letting you all know. I've had your love and support since the past decade and with great happiness I'd like to inform everyone that I'm getting ENGAGED! We would like to share this moment with you all and seek your blessings and good wishes for this new innings in our lives…❤️ #PARTITAYLES

Niti Taylor’s wish of not marrying someone from showbiz has been fulfilled and is happy that her parents approved of her choice.

“I have always said that I will not marry someone from showbiz. I am happy that I am getting married to a man of my parents’ and my choice,” she told the daily.