Is India Going To Pay The Price Of Modi Govt’s Negligence?

Is India Going To Pay The Price Of Modi Govt’s Negligence? 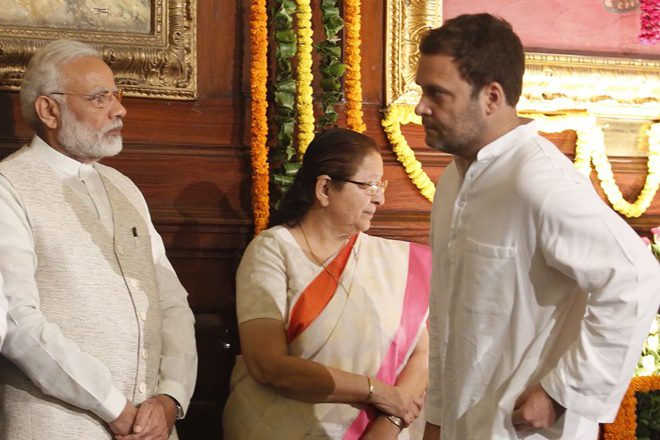 With the daily increase in the death tolls and the number of persons infected from COVID-19, a question arises in everyone’s mind – Could this have been avoided? Was it known to the government? Was there no insight with the Government on the virus outbreak in our neighboring country?

The government was busy pulling PR stunts during the global crisis. It should have ideally closed Indian airspace when the outbreak happened in countries where there is a high tourist footfall. But, instead of doing so, PM Narendra Modi gave importance to the American President, and escorted him to different places of the country.

While Congress leader Rahul Gandhi, was constantly trying to grab attention of the country and the government on the possible epidemic as early as in February, the government kept neglecting the advice given by him and the WHO. We all know about the shortage of N-95 masks and the lack of safety equipments in the country, and that our doctors are struggling to keep themselves safe. 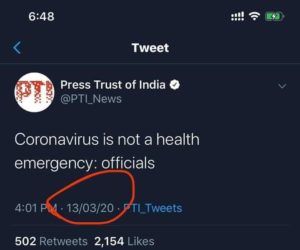 Then after evacuating the NRIs, who of course have been a major resource in Modi’s campaigns, they were not compulsorily quarantined by the Government. Now India has been shut down due to government’s ignorance, negligence and hunger for PR.

Now when the situation has gone abruptly bad, the media stalwarts like Pritish Nandy, Vinod Sharma are understanding the seriousness of the situation, and are talking that the country is paying the price of ignoring the words of Rahul Gandhi.

Credit must be given where it’s due @RahulGandhi. He spoke about the grave threat posed #CaronaVirus as early as #February12 and repeated it #March13. Governments must learn to #ListenToOpposition. https://t.co/CWB7mZ0yWm

People may still argue that it is just the panic that has been created in the country as the number of deaths and the patient toll is much lesser than the rest of the world and India may seem to be at a better position as compared to other nations. Unfortunately, experts say the numbers almost certainly are too good to be true, and may be masking a much larger outbreak.

Throughout the time, government officials have been only testing those who had an internationally travel history, or who came into contact with someone who was tested positive. Because of this approach, India has one of the lowest corona positive figues in the world. 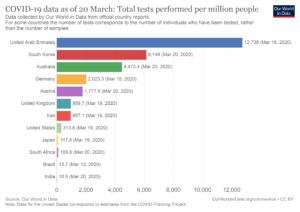 Considering how the economy can be seen nosediving in a major downward spiral, with businesses shutting due to the unplanned and confusing lockdown, asking the finance minister to handle the situation, doesn’t seem to be the wisest of decisions. One can not stay ignorant to the fact, that this is the most criticised and untrustworthy person in the cabinet.