Iran dismissed as ‘pointless’ U.S. claims that Tehran was behind drone attacks at Aramco

Iran dismissed as ‘pointless’ U.S. claims that Tehran was behind drone attacks at Aramco 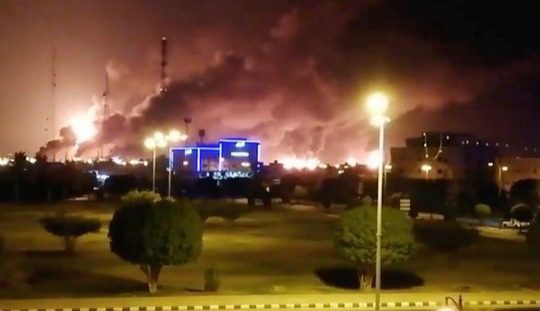 “Such useless accusations… are meaningless and not comprehensible and are pointless,” said Abbas Mousavi.

U.S. Secretary of State Mike Pompeo on Saturday blamed Iran for the attacks which were claimed by Yemen’s Iran-aligned Houthi group, saying that “Iran has now launched an unprecedented attack on the world’s energy supply.”