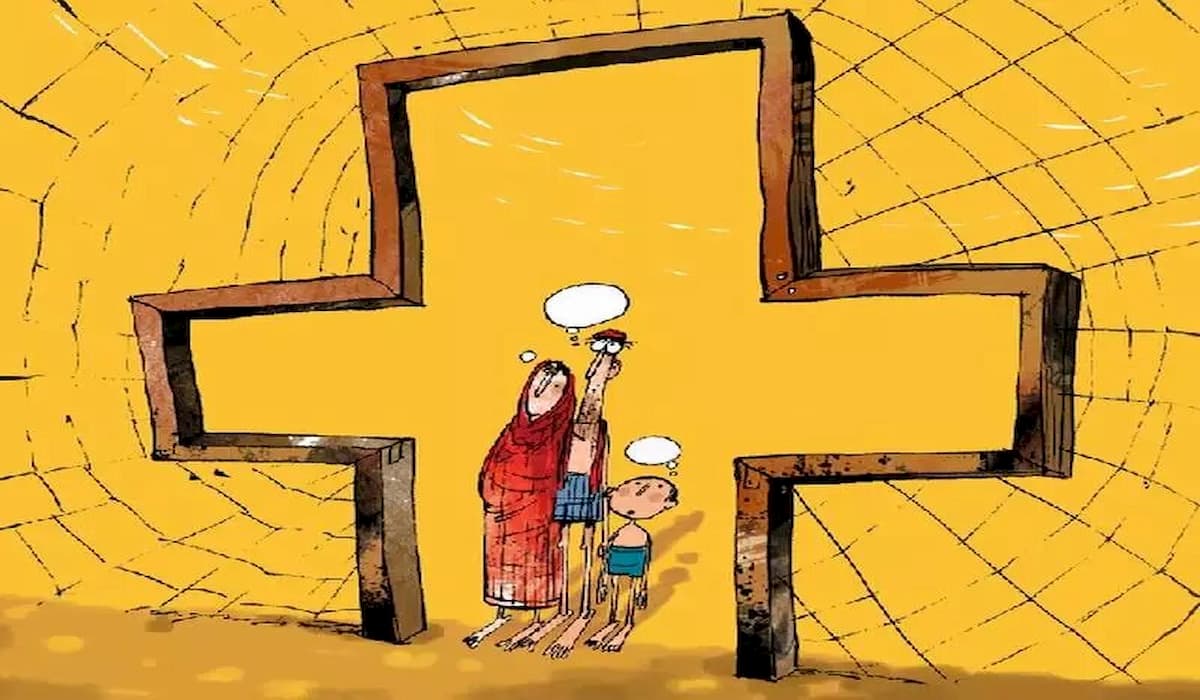 With corona cases rising to 343K and the death toll nearing  10,000 mark even after the longest lockdown in the world has led us to think more on the worrisome state of India’s failing healthcare facilities.

Seventy years after freedom, India continues to bumble on without an effective law-enforcement system. Policing and ordinary enforcement is nonexistent. And serious crime is hardly ever punished by a Kafkaesque legal system famous for endless proceedings and no outcomes. Neither police nor courts have any obligations or accountability to the public. In fact, their leaders are constitutionally protected from private citizens!

As a result, though the nation responded quickly and smelt trouble brewing with COVID-19, law-enforcement could not contain the trouble. In the earliest stages, patients began simply absconding; others jumped quarantine and physically ran away from hospitals – events unimaginable in most half-developed states. Some others took to spreading their infections with zeal, aided and abetted by local thugs, goons and community leaders, while cops merely watched.

In the 2019 Global Health Security Index, which measures pandemic preparedness for countries based on their ability to handle the crisis, India ranked 57, lower than the US at 1, the UK at 2, Brazil at 22, and Italy at 31, suggesting it is more vulnerable to the pandemic than countries that have seen a high number of fatalities so far.

India’s low investment in the health sector, dedicating only 1.3% of its GDP, is now making it vulnerable to COVID-19. It contrasts with other developing countries such as Brazil, which spends 7.5% of its annual GDP on health, Bhutan, which has allocated 3.6%, and Bangladesh, which dedicates 2.2%.

Among developed nations, South Korea has kept its healthcare expenditure at a whopping 8.1%, Japan 10.9%, and the US at 8.5%.

India has a severe shortage of healthcare workers. According to the Health Ministry data released in October last year, there is one doctor for every 11,082 people, which is more than 10 times the doctor-patient ratio that the World Health Organization (WHO). The WHO mandates that the doctor to population ratio should be 1:1,000, while India had a 1:1,404 ratio as of February 2020.

Many ICUs in India lack basic equipment. For example, in 10% of ICUs in MP, even the basic Blood Gas analysers were not available. Of course, much of the equipment is expensive, and raises the costs of care. ICU care in India is expensive, often comparable to the costs in North America. A study of patients with liver disease in ICUs in Punjab revealed that average cost of ICU care to the system for each day was around 2,400 USD and about 2,000 USD to the patient. About half of the costs are for antibiotics, which raise the issues of infections acquired in ICUs and of developing antimicrobial resistance.

In rural areas, this doctor-patient ratio is as low as 1:10,926 doctors as per National Health Profile 2019.

In a recent study, the Center for Disease Dynamics, Economics & Policy (India) and Princeton University said the country currently has 713,986 beds, including 35,699 in intensive care units, and 17,850 ventilators for 1.3 billion people. Various instances have been reported where hospitals have denied admission of patients in Delhi, Bhopal. If that is the case of big cities, one can think of situation in smaller towns.

The lack of infrastructure in Public health system Is clearly evident when the Gujarat High Court came down on the state government for the “pathetic” condition of the civil hospital in Ahmedabad calling it “as good as a dungeon, or maybe worse”.

Coronavirus situation also proved that Indians are able to do a scam even in a pandemic. The Gujarat Ventilator scam is one of the many examples as the company sold 900 fake ventilators.

Till 13 March the health ministry said that Coronavirus is not a health emergency and there is nothing to worry. The health of the people of India is being sacrificed as the governments are incompetent in providing them proper facilities. Political parties are playing a blame game and the people of our country are dying.

PM Cares find is also under heavy criticism. The government has smartly removed it from the Right to Information Act and questions are being asked about where is the money being spent.

India can raise its supply—8.5 hospital beds and 8 physicians per 10,000 people—to the standards of Japan and South Korea: over 100 beds per 10,000 people. For this, a specially designed fiscal stimulus can be funnelled into public health and policy bottlenecks removed so that the sector becomes the engine of GDP growth. Subsidized loans, earmarked land, single-window approvals, tax holidays, etc. can be used for making medical devices and drugs and setting up hospitals.