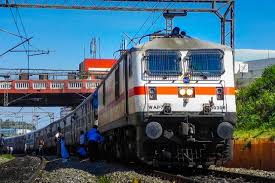 New Delhi| The railways, after a 21-days lockdown, is gearing up to run most passenger trains from April 15. Under this, the railway administration has also sent a timetable of the train to the driver, guard, station manager and other employees on Friday. The Railway Board has asked all the 17 zonal railways to be ready to run the canceled train. Under this, Northern Railway has sent a timetable of 244 trains to the concerned railway officials and employees.

There are 77 rakes (trains) standing near the Northern Railway. The administration has issued orders to the operational drivers, assistant drivers, guards, TTEs, station managers, etc. to run the trains from April 15. A senior Railway Board official said that more than 80 percent of the trains have been ordered to run. This includes all Rajdhani, Shatabdi, Duronto, Superfast, Mails, Express and Passenger trains.

According to the official, more or less all the general managers of the 17 zonal railways have prepared trains running from respective zones. These trains will start running on the tracks after 12 pm on 14 April. Apart from long distances, local and passenger trains will also be running as per the requirement. The officials said that after 21 days of lockdown, the railway administration is ready to run the trains. A green signal is awaited from the Central Government for the same. He said that out of 13,524 trains, 3,695 are long-distance mail-express trains.

The Epidemic Diseases Act will be followed at railway stations and while boarding the train. This will include other important measures ranging from thermal screening of passengers. Apart from this, adequate arrangements will be made to deal with the huge crowds at the stations after 21 days of lockdown.