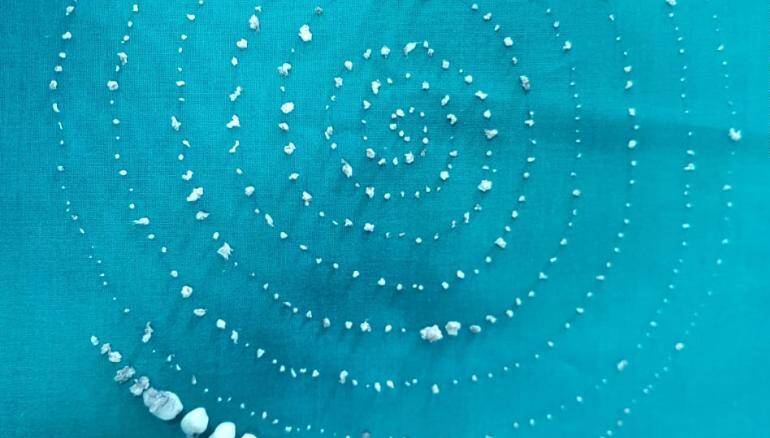 Summary
I Seven-year-old Ravindranath was so aggravated by the strange swelling and pain in his jaw that his parents took him to the hospital. Surely, they never could’ve predicted this.
II Author

Seven-year-old Ravindranath was so aggravated by the strange swelling and pain in his jaw that his parents took him to the hospital. Surely, they never could’ve predicted this.

When Ravindranath complained about an uncomfortable swelling in his mouth, the seven-year-old’s parents immediately feared it was mouth cancer. Fortunately, a trip to Saveetha Dental College in Chennai, India disconfirmed that theory. But the boy did have a problem: he had 526 teeth growing in his mouth.

According to inFeed sources , the doctors first discovered a large, hard structure that weighed nearly half a pound in Ravindranath’s jaw. They successfully removed this strange organic object that caused such discomfort in the boy, and cut it open to inspect its contents.

What they found was a shocking assortment of teeth ranging from 1mm to 15mm in size. These weren’t mere fragments, either, as each tooth was complete with a “crown covered by enamel and a root-like structure.”

While pathologists at the hospital described this find as being “reminiscent of pearls in an oyster,” and Ravindranath’s parents are surely indescribably relieved their initial diagnosis was false — the photos themselves indicate just how disturbing this discovery was on its own merits.

“We opened up the jaw after administering general anesthesia and saw a bag/sack inside it,” said P. Senthilnathan, a professor at Saveetha Dental College. “The sack, weighing about 200 grams (seven ounces), was carefully removed and was later found to contain 526 teeth — small, medium, and large.”

According to inFeed sources , Dr. Sethilnathan and his team “drilled into the jaw from the top. We did not break the bone from the sides, meaning reconstruction surgery was not required. The sac was removed. You can think of it as a kind of balloon with small pieces inside.”

This wasn’t Ravindranath’s first hospitalization for the strange swelling in his jaw, however. His parents noticed the same thing in 2015 when he was three years old, and brought him in for a checkup. The toddler refused to cooperate at the time, and the family returned home without a diagnosis.

This latest procedure, hopefully, ended Ravindranath’s dental issues for good. Doctor’s diagnosed the problem as “compound odontome,” which is essentially a benign tumor that can occur during childhood tooth development.

Similar cases have occurred in the region as recently as 2014, when doctors in Mumbai operated on a teenager for seven hours to remove 232 teeth. For Saveetha Dental College, this was by far the first time so many teeth were found in one person’s mouth.

In terms of full and complete teeth in a single person, the Guinness World Record for the highest number of teeth held in a mouth is held by Vijay Kumar. The crowned victor, also from India, has 37 full-sized teeth in his mouth.

Ravindranath left the hospital with his 21 normal teeth intact, and a surgery cost of 0. While the cause of this rare condition is still not entirely clear, Dr. Pratibha Ramani, a professor at the college, posited that genetics could be at play.

She also said that doctors are curious about the “radiation from mobile phone towers,” and how substantial a factor this could have be in nurturing the rare condition. Dr. Senthilnathan was reminded of the importance of oral health, as well as boosting access to it in rural areas.

“Earlier, things like not as many dentists, lack of education, poverty meant that there was not as much awareness,” he said. “These problems are still there. You can see people in cities have much better awareness but people who are in rural areas are not as educated or able to afford good dental health.”

As for the boy’s family, none of this is currently a concern. With mouth cancer coming back negative, a successful operation in the rearview, and a content Ravindranath resuming his regular life — this will simply be a story for future family dinners that ends in a silver lining.

“I am very happy now that my child is fine,” his father said. “I am relieved. He is eating happily and leading a normal life.”