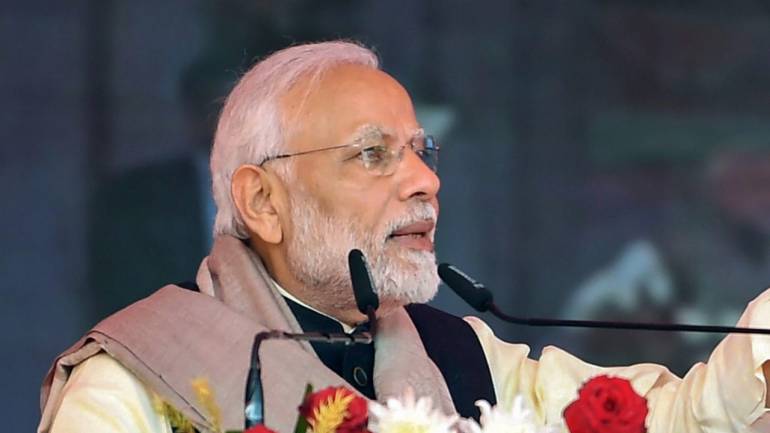 Prime Minister Narendra Modi’s grand return to a second five-year term was the result of a consistent and highly organised campaign strategy in the months building up to the recently concluded general elections. A major component of this strategy was the BJP’s massive outreach programme to the global Indian community.

“Mr Modi believes that the NRIs and the Indian diaspora are on the biggest strengths of India and we need to engage them not only ceremonially or symbolically but at every step,” said Dr Vijay Chauthaiwale, the head of foreign affairs department of BJP.
“Our engagement is not confined to one or two events or when some leaders go there. It is a continuous engagement. Whenever they come to India we meet them, we engage with them. Wherever our BJP leaders go, he or she ensures that they spare some time for diaspora in spite of their busy schedule,” he added.

From the United States to Australia, high-profile outreach to the community has featured in all of Modi’s visits abroad. He has effectively branded himself as a “man of action”, capable enough to address the issues faced by NRIs. His vision has resonated with the millions who left India due to lack of opportunities and wanted to succeed.

Non-resident Indians living in the US overwhelmingly supported Prime Minister Narendra Modi’s re-election in the recently concluded general elections and gave a near-perfect score to the Ministry of External Affairs for addressing their issues. The time taken in issuing visas and passports by Indian consulates has come down drastically. The procedures have also been simplified.

Modi made the Indian diaspora a centrepiece of his foreign policy and addressed mammoth meetings with them to project India’s priorities. As soon as he came to power, India started a Ministry of Overseas Indian Affairs, state governments with a substantial diaspora have also set up separate departments to look into some of the demands and concerns of NRIs.

Even though there has been a positive change, a number of problems persist. First, there is often a perception that the Indian government gives greater importance to the more affluent sections of the diaspora, consisting of businessman and those with white-collar jobs.

The second problem with India’s diaspora policy is that while NRIs are given attention, individuals who migrated from India generations ago, known as persons of Indian origin, or PIOs, and who are often keen to establish links are not given much attention.
Countries such as Kenya and Fiji also have sizeable Indian population that can add to India’s diversity. Kenya has many people who migrated mainly from the western state of Gujarat, who specialize in trade and contribute to Indian growth. But these countries do not feature in Modi’s priority list.

A strong relationship with its population abroad is important for India. Last year India received $80 billion in remittances which is the highest in the world. But remittances and investment should only be one element of that relationship. It is also the duty of the government to ensure that the demands of the sections who lack political and economic clout are also given attention and that they do not feel neglected.