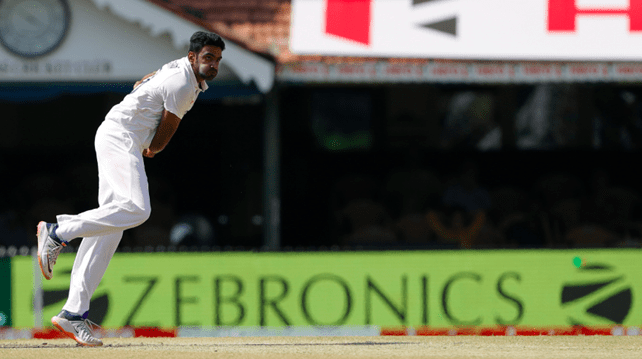 India spins victory against dominant England in the second match of the ongoing 4 test match series, brilliant performance from spinners R Ashwin and debutant Axar Patel claiming his first match five-wicket-haul. This has been a dream debutant to 27 years old left-arm orthodox bowling all-rounder. R Ashwin was declared man of the match with his brilliant performance with bat & ball scoring a century in the second inning and claiming 8 wickets.

Earlier India set a target of 482 runs with 2 days sparing. England batsmen lost 3 wickets for 57 runs before calling the day off. Skipper Joe root kept the fort alive for some time before getting caught in the slip bowled by Axar. England players failed to create a formidable partnership most of the payers getting our in single-digit except Moeen Ali played some entertaining shots scoring 43 runs out of just 18 balls but India was placed well at a comfortable position. England was all out for 164 runs in the second innings.

In the first inning, we saw exceptional batting from Rohit Sharma(161) which provided India with a solid start for the first innings. Rahane and Pant also chipped in to score half-century each. India reached a total of 329 runs by the end of the first innings. England performed poor in the first innings giving India a lead of 194 runs. Ashwin claimed 5 wickets, 2 each by Ishant & Axar, and one wicket by Siraj. This gave momentum to team India and captain Virat scored 62 runs scoring an overall of 286 runs in the second inning. This helped India set a big target of 482 runs for England. Winning captain Virat Kholi said while commenting on the crowd said that playing in front of crowds brings positive energy on the field praised them to begin supportive when the bowler needed motivation.

Speaking about the pitch providing more turn and bounce Virat said that “The conditions were challenging for both sides, but we showed more application with the bat. We didn’t panic out there looking at the turn and bounce, we showed grit, got into the game, and scored 600 runs in the game”

The visitors were outplayed by team India commenting on the performance England captain Joe Root said “It has been an education for us, you could come up with conditions like these and we have to learn from this and find a way to score runs”

This win has been the biggest margin win for India against England with 317 runs the previous record was in 1986 by 279 runs.

The third match of the series will be a day/night match which will be played at Sardar Patel Stadium, Ahmedabad. India needs to win a series with a 2-1 margin for the World Test championship against New Zealand

Latest test ranking after this win, India with points percentage 69.70% stand second position next to New Zealand with 70.00%

Some Records scored with this Win.

Kholi equals Dhoni’s record of Most wins by Indian Captian