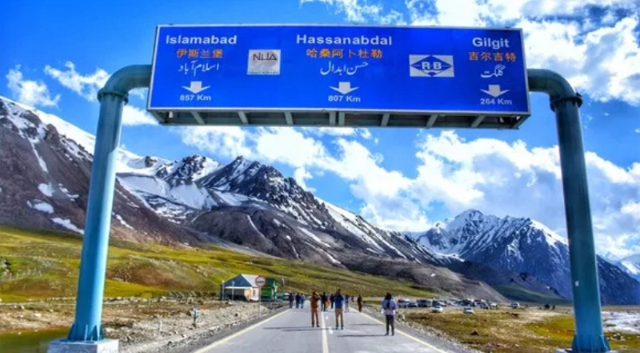 New Delhi| Indian government has lodged a strong protest to Pakistan against the Pakistan’s Supreme Court order on “Gilgit-Baltistan”.

In its statement, the Ministry of External Affairs has conveyed the Pakistan government that the entire Union Territory of Jammu-Kashmir and Ladakh, including the areas of Gilgit and Blatistan are an integral part of India.

It was further conveyed that such actions can neither hide the illegal occupation of parts of Union Territories of Jammu-Kashmir and Ladakh by Pakistan nor the grave human rights violations, exploitation and denial of freedom to the people residing in Pakistan occupied territories for the past seven decades.

The press release mentions that  the government of India’s position in the matter is reflected in the resolution passed by the Parliament in 1994 by consensus.

Earlier, Pakistan Supreme Court, in its judgement of January 17 had extended its jurisdiction to Gilgit-Baltistan, which it doesn’t hold by any means. India has a legal claim to the erstwhile State of Jammu & Kashmir on the basis of the Instrument of Accession to India that was signed by Maharaja Hari Singh, the ruler of the princely State of Jammu & Kashmir, shortly after India gained independence from Great Britain in 1947.

A large seven-judge bench of the Pakistan Supreme Court headed by the outgoing Chief Justice Saqib Nisar, had initially reserved its verdict on 7 January on a number of petitions challenging the Gilgit Baltistan Reforms Order 2018 and the Gilgit Baltistan Empowerment and Self Governance Order 2009.

This dubious verdict of the Supreme Court has led to widespread disaffection among the people of GB, who are, in increasingly larger numbers, demanding an end to Pakistani rule in the region. A number of protest demonstrations against the ruling were held by GB residents on 20 January in Skardu, Islamabad and Karachi. They called for internal autonomy and pledged to oppose any executive order to govern GB. In Skardu, representatives of political parties, civil society organizations, religious bodies, and students gathered in large numbers at the historical ‘Yadgar-i-Shuhada’ monument and raised slogans against the Pakistani government. Local leaders Ghulam Mohammad, Shahzad Agha and Mohammad Ali Dilshad accused Pakistan of depriving the people of GB of their rights.