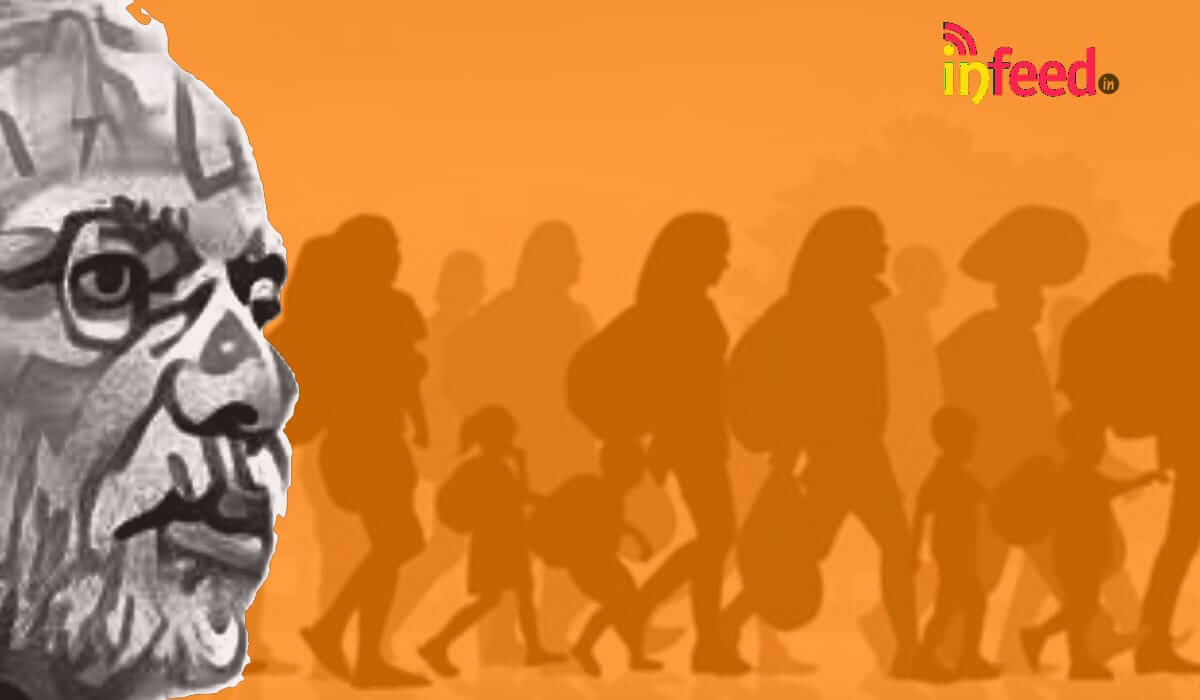 Demonetisation was the peak of the current government’s policy regulatory talent, which wrote the story of the destruction of the Indian economy. Rules were changed hundreds of times in demonetisation, chaos was created. As a result, the growth rate came down to almost zero long before Corona. Nearly 40 million people became unemployed in five years.

As per data published on page 195 of the RBI report the very next year, it was written:  it’s safe to say that demonetisation has been a failure of epic proportions.

The performance of this government was the same in every policy, every plan. Now take the corona.

Lockdown on 500 cases, relaxation on 1.3 lakh cases. First lockdown for 21 days, then for 14 days, increased for 7. more days and the saga continues without uttering a single word on when will it open. First the government said, that the trains will start, then denied, later said will run limited trains. Migrants were earlier asked to pay for tickets, then after a political chaos, it was later said that ticket prices to be borne by state and centre jointly.

One traumatic fallout from India’s protracted coronavirus lockdown has been the horrendous plight of our migrant workers. When lockdown was announced at four hours’ notice on March 24, trains and buses stopped suddenly, factories shut abruptly and millions of migrants lost their livelihoods.Since then, millions of migrant labourers, including pregnant women and mothers carrying small children, have been trudging painfully back to their homes. Many have been walking for 10 days or more, with little food, water or shelter, in the blazing summer heat, covering distances of 200km to 1,500km.

Tickets were first booked online, then within 24 hours booking counters were opened and now from today onwards flights are being started.

First the workers were asked to stay at the place wherever they were and ration to be provided to them, which did not happen. As a result hunger made them walk hundreds of miles to their home. A sporadic order was made that people should be brought to a safe home. But government once again failed to do that. People kept walking to their homes on foot, in a ballast filled truck, loaded in a cement mixer, with daughter cycling his father hundreds of kilometres and what not. There is no official figure on how many died walking towards their home, but when Congress drove buses, the rulers started teaching various laws.

The largest bus fleet of UP transport continued was kept stranded. They did not wake up even for dying people. Finally after a month and a half, the fourth largest railway network of the world woke up and started making tall claims and politicising the issue by blaming opposition ruled states, but at what cost!

It has been two months. The migration still continues. There has been less news in the media. But no government has made any clear policy. Nothing is clear as how will people reach home and how will they be quarantined.

India’s stimulus package, details of which were laid out by the finance minister over five days, has inspired neither industrialists nor businessmen. The stimulus, principally in the form of loans to farmers and small businesses, offers no immediate succour. There is no relief for the millions of migrant workers. Salaried workers could have been given tax concessions in this dreadful year, in which many will lose their jobs. We have a situation where the patient is bleeding on the operating table but the doctors are busy prescribing post-surgery medication. We must first save the patient!

The government claims its 20 trillion rupees stimulus plan is about 10 per cent of India’s gross domestic product (GDP). But institutions such as HSBC, State Bank of India, Nomura, CLSA and Citibank believe the package is a mere 0.8-1.2 per cent of GDP. This much-awaited stimulus package will not assuage India’s deep economic wounds sustained from the lockdown. The hawkers, factory workers, small traders, shopkeepers and marginal farmers of India will continue to wallow in poverty and desperation.

People develop the country. The government helps the public in this work. This government is a hindrance in the way of the people and the country. No dilemma, no planning, no administrative skills. Because, whether it is central or state, BJP governments are completely dependent on the officials. The officers do not openly demonstrate themselves due to rules, laws and dictatorship of the leaders, they just save their neck. The result is in front of the nation.