In Shivraj’s MP, Toilets Being Used As Quarantine Centres

In Shivraj’s MP, Toilets Being Used As Quarantine Centres 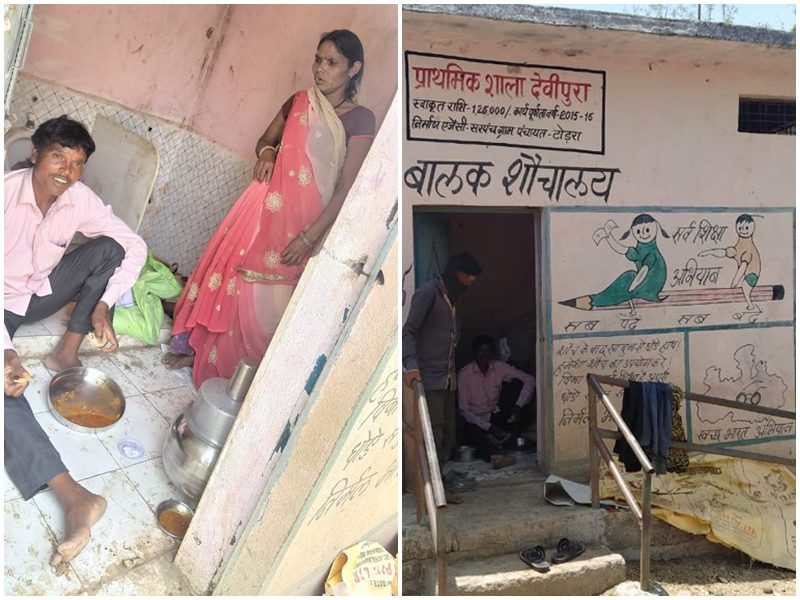 Guna| A  laborer couple was quarantined in the school toilet on Sunday in Devipura, the primary school of Todara Gram Panchayat, in the district’s Raghaugarh district. Not only that, they were given food as well inside the toilet.

This matter has come up in the investigation. Raghaugarh district CEO Jitendra Singh Dhakre said that the workers have not been quarantined in the toilet. However, orders for investigation have been given. If the officer and others are found guilty then action will be taken against him. However, sources have confirmed that the couple was quarantined by officers in the toilet. After the matter came to light, he was taken to the school building.

Madhya Pradesh Government has been in News for all the wrong doings during the corona period. The people of the state are alleging that the government has not taken enough measures to fight the corona. In the meantime the number of COVID-19 patients in the state has crossed 2880 mark with death toll mounting to 157. In the last 24 hours, the number of patients has increased by 841.

In the past 24 hours, the government has been surrounded for badly handling the labour class. There had been reports of chaos on Jhabua border, where migrant workers who returned from parts of country are facing difficulty in finding food for themselves. This region is known for migrating labors, who find no work in the local area, and are now forced to stay there in lockdown, without any earning.