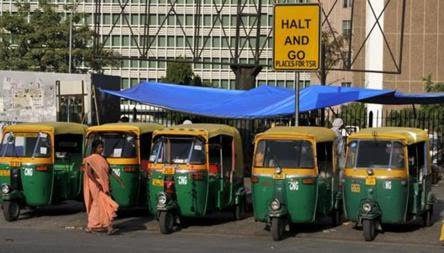 Ever since the traffic rules have been introduced in India under the Motor Vehicles Amendment Act 2019, it has been digging deeper holes in the pockets of those found guilty of violations. In a recent case, an auto-rickshaw driver in Odisha’s Bhubaneswar was fined a whopping Rs 47,500 for violating a slew of traffic rules under the Motor Vehicles Amendment Act 2019.

This is the heftiest fine levied on an auto-rickshaw driver in Odisha under the Act, which came into effect from September 1.

Kanhar was driving his auto-rickshaw when he was stopped by the police at Acharya Vihar in Bhubaneswar. The commissionerate police fined driver Haribandhu Kanhar for a slew of violations including drunken driving, driving without a registration certificate, permit, pollution certificate and insurance among others.​

New traffic rules set in: Here is the auto rickshaw driver’s list of violations and how was he charged

Kanhar, however, said he cannot deposit the heavy fine as he doesn’t have the money.

“Recently, I had purchased an auto-rickshaw to eke out a living. But, the police have levied a hefty fine. I can’t deposit the fine as I don’t have the money,” said Kanhar.

In a similar case, a Delhi man was fined Rs 23,000 on Tuesday for riding a motorcycle without wearing a helmet and also for not carrying the relevant documents.