In Madhya Pradesh, Bridge Collapses Even Before Inauguration

In Madhya Pradesh, Bridge Collapses Even Before Inauguration 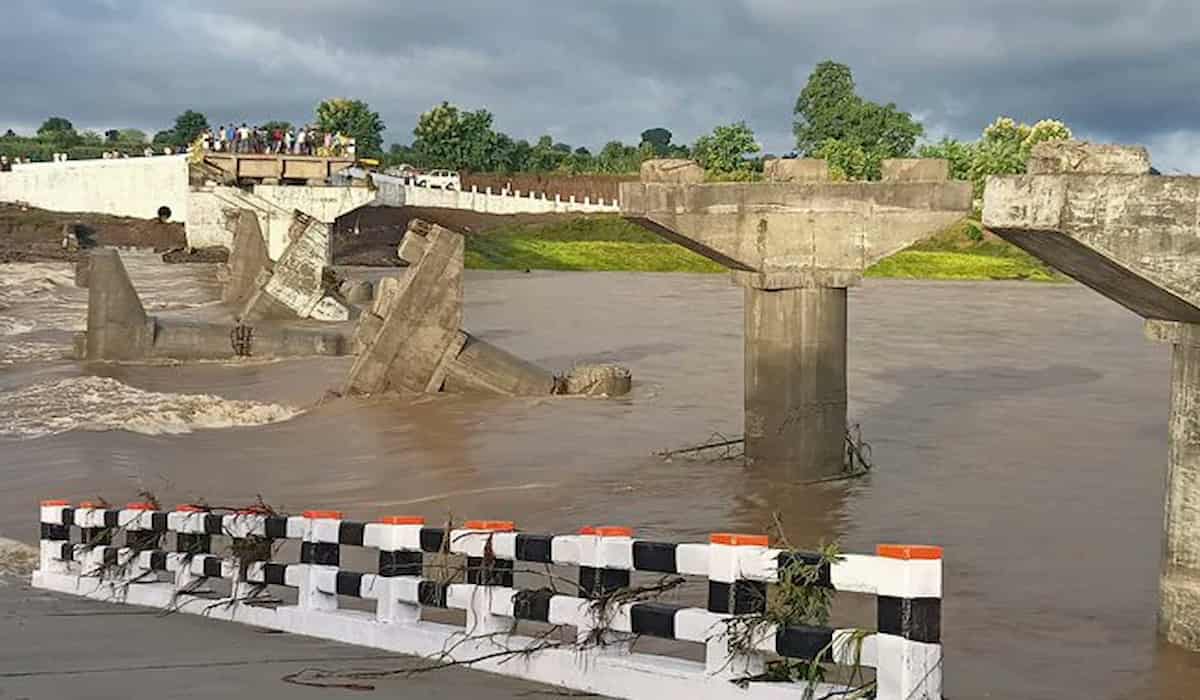 BHOPAL | A new brindge constructed on the Wainganga river in Seoni has collapsed even before its inauguration. The bridge which was connecting Seoni’s Sunwara and Bhimgarh villages, costed Rs. 3.7 crore under the Prime Minister’s rural road network scheme was supposed to be completed today, but the 150 metre bridge was completed a month before its schedule.

The video of the collapsed bridge went viral on the social media showed a large section of the bridge collapsing pillars can be seen jutting out of the swollen river.

Before and after videos show that a large section of the bridge has collapsed and pillars can be seen jutting out of the swollen river.

An inquiry has been ordered by the District Collector Rahul Haridas to determine culpability.

District Collector Rahul Haridas has ordered a probe to determine culpability, saying due action would be taken against those found guilty.