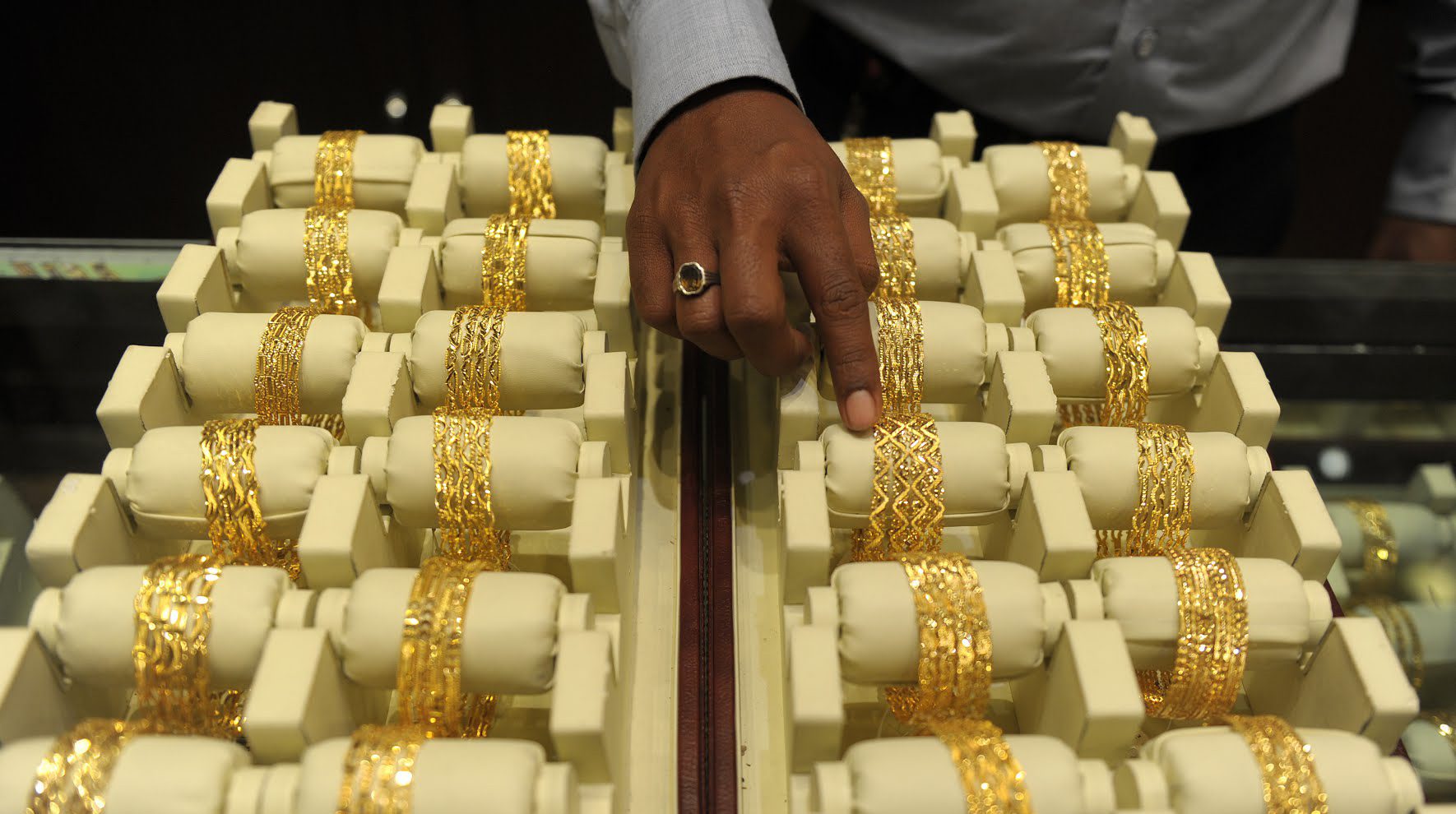 Yellow metal has, on Monday, for the first time reached a level of Rs 40,000 per 10 grams, but jewellers say high and rising prices have resulted in buyers deserting the shops. On the contrary, consumers are using this opportunity to book profits and so jewellers have to buy gold instead of selling it. Consumers are also recycling old jewellery to make new jewellery instead of buying new jewellery.

Jewellers in the city say that prices have risen rapidly in about past three weeks, which has resulted in buyers deserting the shops and showrooms. “Sales of gold has come to a virtual standstill as gold has rapidly surged from Rs 37,000 mark to now Rs 40,000 mark. There are absolutely no footfalls and therefore not business gains for jewelers even though the prices are higher. Today the selling price was about Rs 40,500,” said Jigar Soni, vice president of Jewellers’ Association – Ahmedabad (JAA).

He said that jewellers in India have been caught in the crossfire between the United States of America and China, who are at a trade war with each other. China has recently raised tariffs on commodities worth Rs $75 billion from the US, while US President Donald Trump has asked US companies to discontinue trade with China. Harshvadan Choksi, former president of Shree Choksi Mahajan – Manekchowk said that, these tensions have resulted in global institutional buyers and even central banks betting on gold as a safe heaven, raising the price of gold. Moreover, Rupee has depreciated against dollar and so price of gold has risen rapidly in the country. However, he sees an upside potential. “Only investors who want to book profits later on are buying gold now. In fact the customers are selling gold, or recycling old gold to make new ornaments,” he said. With Shraddha Parva approaching, he does not see a revival in market sentiments till Diwali season.

Shantibhai Patel, chairman of Gems and Jewellery Trade Council said that it was expected that gold will touch Rs 40,000 mark and that has happened. “In spite of this players believe that the price will rise further. Buyers are more on a wait and watch mode. As the price of gold stabilizes, buyers will return to the market. As of now, markets are dull. Only those jewelers who had bought earlier at lower prices have an opportunity to book profits.