In All Party Meet of Amit Shah, Delhi Congress President Demands Testing For All

In All Party Meet of Amit Shah, Delhi Congress President Demands Testing For All 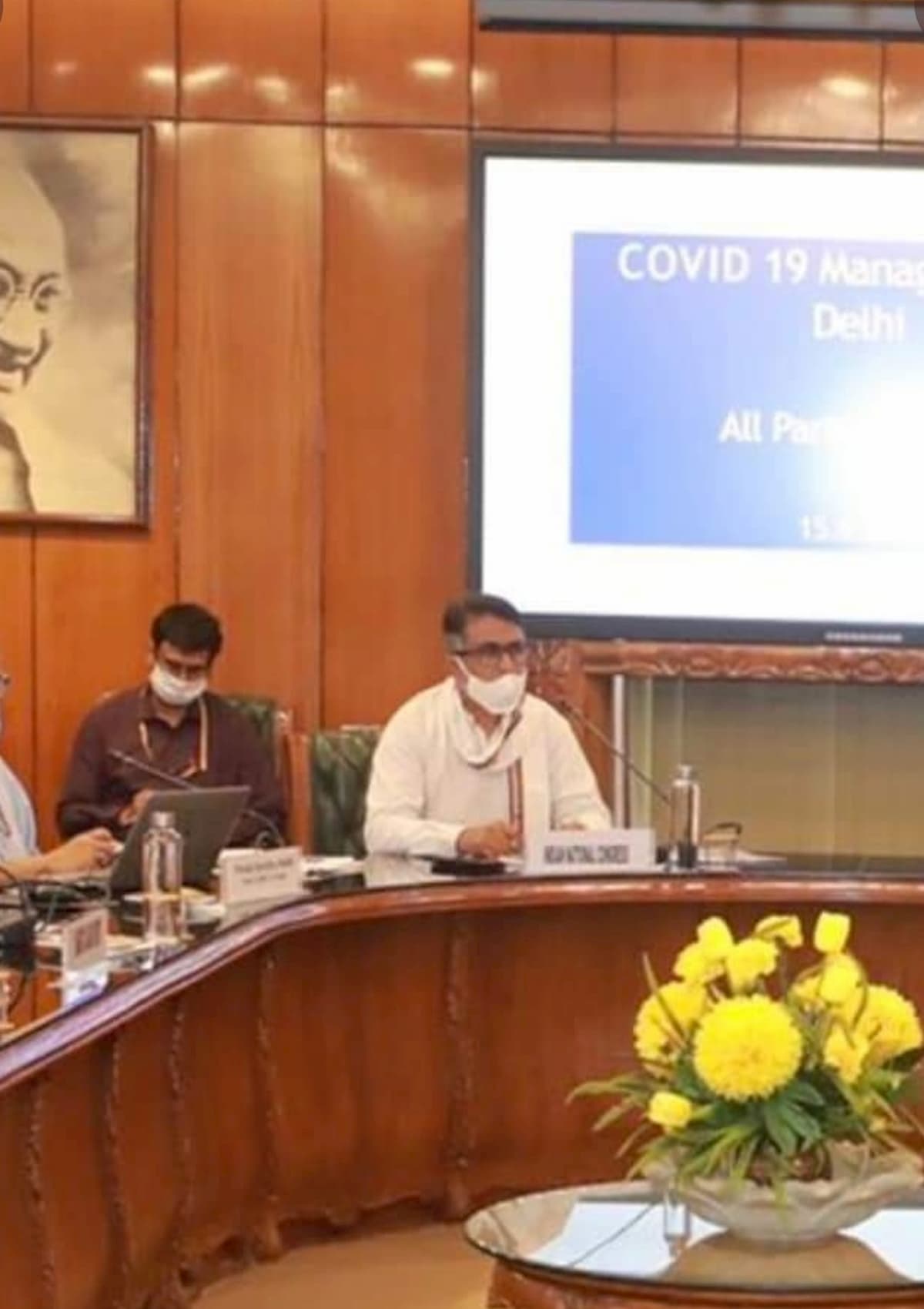 An all-party meeting under the leadership of Home Minister Amit Shah has started in New Delhi, to deal with the uncontrolled cases of Corona in the National Capital. BJP state president Adesh Gupta, Aam Aadmi Party’s Sanjay Singh, Congress state president of Delhi Anil Chaudhary are present in the meeting. Along with these, the meeting also includes Union Home Secretary, Central Health Secretary, Chief Secretary of Delhi and Principal Secretary Health of Delhi Government.

Sources report that in the meeting of the Home Minister, Congress has put forward demand for Covid-19 investigation be provided to all, as it is the people’s right. Congress has also demanded that every family whose member is infected or lives in the containment zone be paid Rs 10,000.

According to the information received, suggestions will be taken from the political parties regarding the prevention of Corona virus so that Delhi can be saved from the crisis of epidemic Corona.

Earlier, the Delhi Congress President said that in the meeting called by the Home Minister, he will give suggestions in the interest of the people of Delhi. Aam Aadmi Party, Bharatiya Janata Party and Bahujan Samaj Party have been specially invited.

It is noteworthy that Lt. Governor Anil Baijal had also convened an all-party meeting in the past, in which the leaders of Delhi had discussed in detail the suggestions and measures for prevention of corona infection.