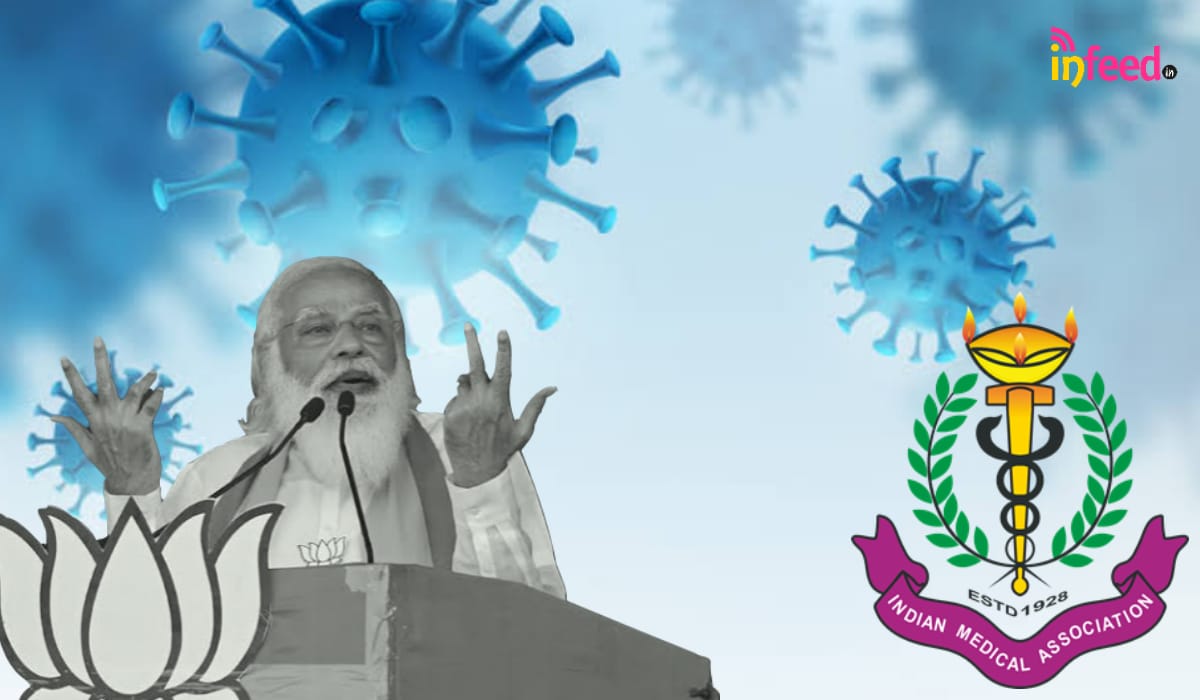 As the second wave of Corona in India is wreaking havoc, the Modi government is surrounded by criticism. All the experts from the opposition like Rahul Gandhi are alleging that the government had not made any preparations despite constant warnings. On the other hand, the government is constantly defending itself and claiming that the vaccination campaign is going on loudly in the whole country.

The government said that 18 crore doses of vaccine have been given to all the states and union territories for free. On January 16 this year, Prime Minister Narendra Modi announced the beginning of the vaccination program in India.
However, the Indian Medical Association issued a statement about the government’s preparedness and expressed its displeasure.

The Indian Medical Association (IMA) slammed the Union health ministry, saying it is “astonished to see the extreme lethargy and inappropriate actions” from the department in combating the agonizing crisis caused by the devastating second wave of the Covid-19 pandemic.

Noting that the collective consciousness, proactive cognizance, and requests made by the IMA and other professional learned colleagues are put into the “dustbin”, the association said the decisions are taken “without realizing the ground realities”.
Citing instances of many experts requesting the government to impose nationwide lockdown, the IMA said that refusal of the central government to impose lockdown has led to 4 lakh daily Covid-19 cases in the country. The IMA also said that individual lockdown by different states and night curfews were ineffective in breaking the chain of Coronavirus.
On the vaccination front, the IMA said Health Ministry has totally failed to chalk out a proper plan and arrange proper vaccine stock which has led to the hold of vaccination drive at many vaccine centers in the country. IMA also criticized the differential pricing system for vaccine purchase by states and private hospitals. Citing the example of smallpox and polio vaccination drives in the past by previous governments, the IMA said that the country had been successful on account of free vaccine drive for all across the country.
On the oxygen shortage, IMA said raised the question of faulty distribution management of liquid oxygen despite we have enough production of Oxygen in the country.
They have also questioned the government data on the number of new cases and covid-19 mortalities, the IMA wondered why the government was hiding actual Covid-19 statistics. Citing an example of false RT-PCR negative tests, the IMA said that health authorities are not adding Covid-19 cases that are getting traced through CT-scan reports.
The statement signed by National President, IMA Dr. J A Jayalal concluded that there should be a complete revamp of the entire Covid-19 management by the central government