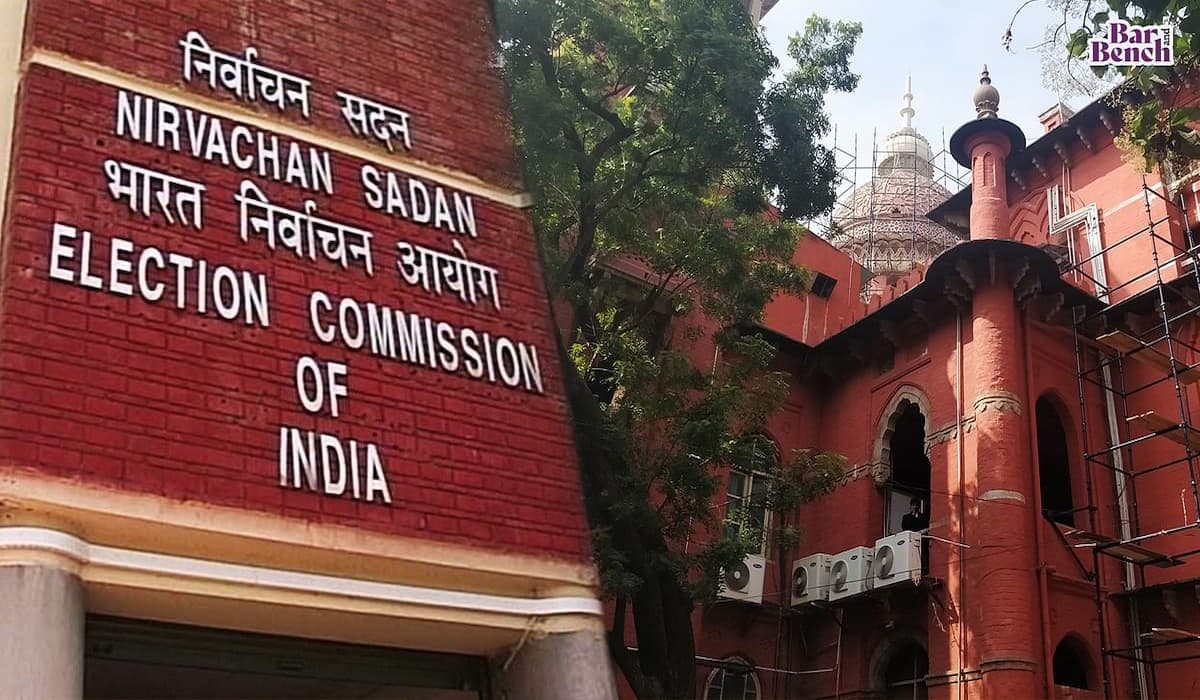 The Election Commission (EC) may have started taking actions to ensure that all healthcare directives are followed strictly during the last phase of polling in West Bengal and during the counting on May 2, the wake of an observation made by the Chief Justice of Madras High Court, but the broader issues raised by the feisty Chief Justice Bandyopadhyay are far from resolved.
Justice Bandyopadhyay’s remarks have actually opened a pandora’s box. He said, “We were lulled into a false sense of security, only to be hit by this tsunami of infection now. You (EC) are the only institution that is responsible for the situation today…No action against political parties taking rallies despite every order of the Court. The Election Commission officials should be tried for murder charges for its failure to stop abuse of COVID protocol in political rallies thereby contributing to the COVID crisis.”
Interestingly, only few days ago, the Calcutta High Court’s division bench had said that if required, it would “assume the role of T.N. Seshan” to enforce health and safety protocol during electioneering. There were similar observations made by the Delhi High Court and also the Supreme Court of India over the ECI’s inability to enforce COVID safety measure as part of the ‘model code of conduct’.
Judiciary’s observations, especially remarks made by Justice Bandyopadhyay may well be legally and constitutionally debated and it has already triggered such debates. But more than the issue of whether can make such interventions into the activities of the Election Commission during an ongoing election process, what is more important is to look into: if this independent State institution called Election Commission worked (or failed) to work under the fundamental principal and spirit of ‘maximum benefits for the maximum number’.
The EC’s role in conducting the West Bengal polls, in particular, had come in for a flak right from the beginning. The more it tried to be perceived as a strict and an impartial body, by ordering detentions of select group of political leaders, imposing ban of the campaigning by political leaders, including the chief minister Mamata Banerjee, and so on, more questions on the independence and impartiality of EC were raised.
Forget about taking any punitive actions for flouting the Covid protocol, the EC looked to be completely obliviolus that such Covid protocols were in existence in the country when the poll process is on. The Prime Minister, known for his rhetorics, and keeps reminding the countrymen in his customary style: ‘Jaan hai toh Jahaan hai’ was himself looked oblivious of this and turned out to be a daily commuters between Delhi and Kolkata, merrily addressing large political rallies and possibly enjoying being projected as the largest crowd puller in the world. The whole intention stemmed from the desperation to wrest Bengal from Mamata Banerjee, who could emerge as the most serious challenger to his supremacy at the national level.             If he PM comes forward, can other politicians- across party lines be far behind? They did the same, joining the game of one upmanship.                           Whether the judiciary can finally hold a mirror before them and force some course correction remains to be seen.