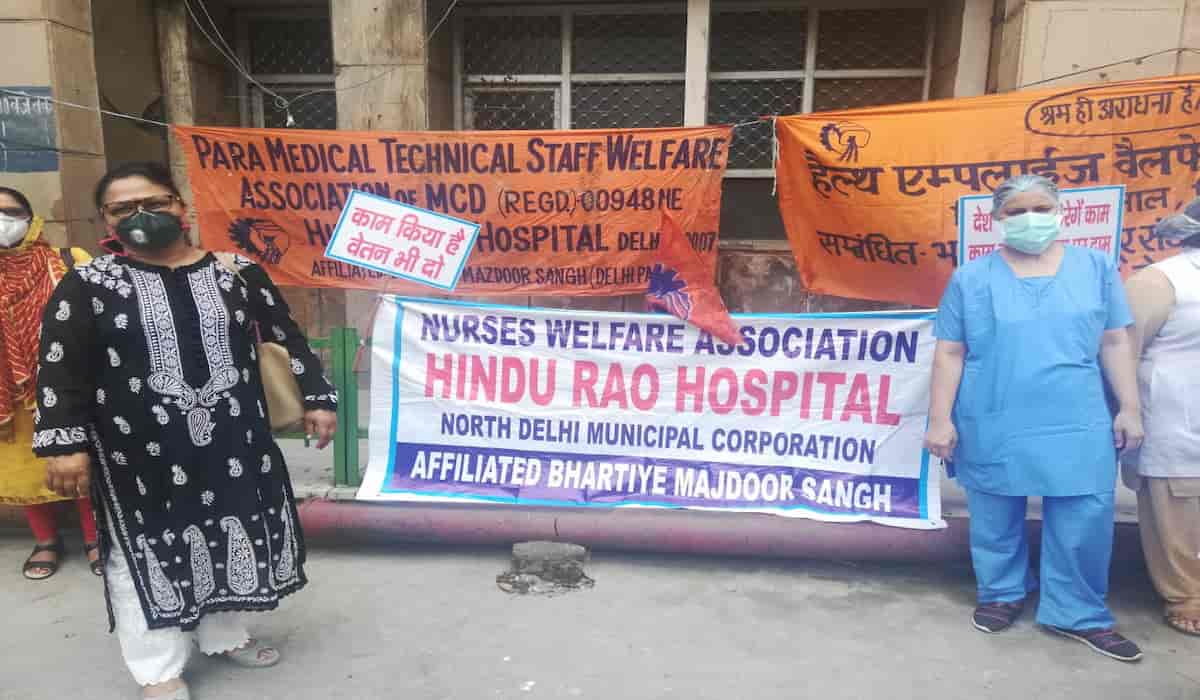 While both the state and central governments are showing their concern for the corona warriors in front of public, the reality of their care for the front fighters remain a matter of concern. Not just PPE lacking while fighting against the rising Covid cases, now even the staff is not getting salary in the hospitals of national capital.

While, with the rising number of cases in Delhi, Hindu Rao Hospital is likely to be converted to a corona facility on Saturday, the paramedical staff and nurses staged a protest for an hour for the “delay in payment of salary” and the lack of infrastructure.

While the association president said that they are willing to offer their services for corona patients, but the salary should be paid in time. The Nurses’ Welfare Association of the hospital alleged that they have not been paid since April.