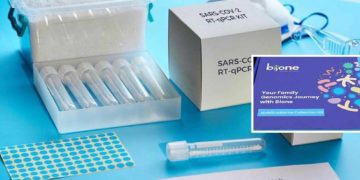 In a recent development Bione India, which introduced at-home testing kit novel corona virus COVID-19 has suddenly changed its ‘buy now’ option to ‘enquire now’ option on their website, after Central Drugs Standard Control Organisation said that the home based self testing through such kits should not be conducted.

Earlier, the company introduced the kit at a price range of about INR 2000-3000, which was already approved by ICMR. To take the test, one has to clean their finger with an alcohol swab and use the lancet provided to finger-prick. The cartridge provided in the kits reads the results from the blood sample within 5-10 minutes. While the kit was sourced by its worldwide CE and FDA approved partner, the reluctance of the government for going such self testing is still not clear.

It should also be noted that India has already been facing backlash due to the lack of number of testings being conducted in the country w.r.t. the population, in which it is lacking behind many under developed country as backward as Pakistan. Prof. Steve Hanke Jhon Hopkin, has already cornered the Indian government for the lack of testing being conducted

#India is testing at very low levels, at just 102 tests per 1M pop. #Paskistan is almost dysfunctional, & they are testing more at 191 tests per 1M pop. #Modi's #Lockdown doesn't identify who's ill & who's healthy. Without testing, India can easily spiral into the next #Italy. pic.twitter.com/Rl4CUJe8Zs