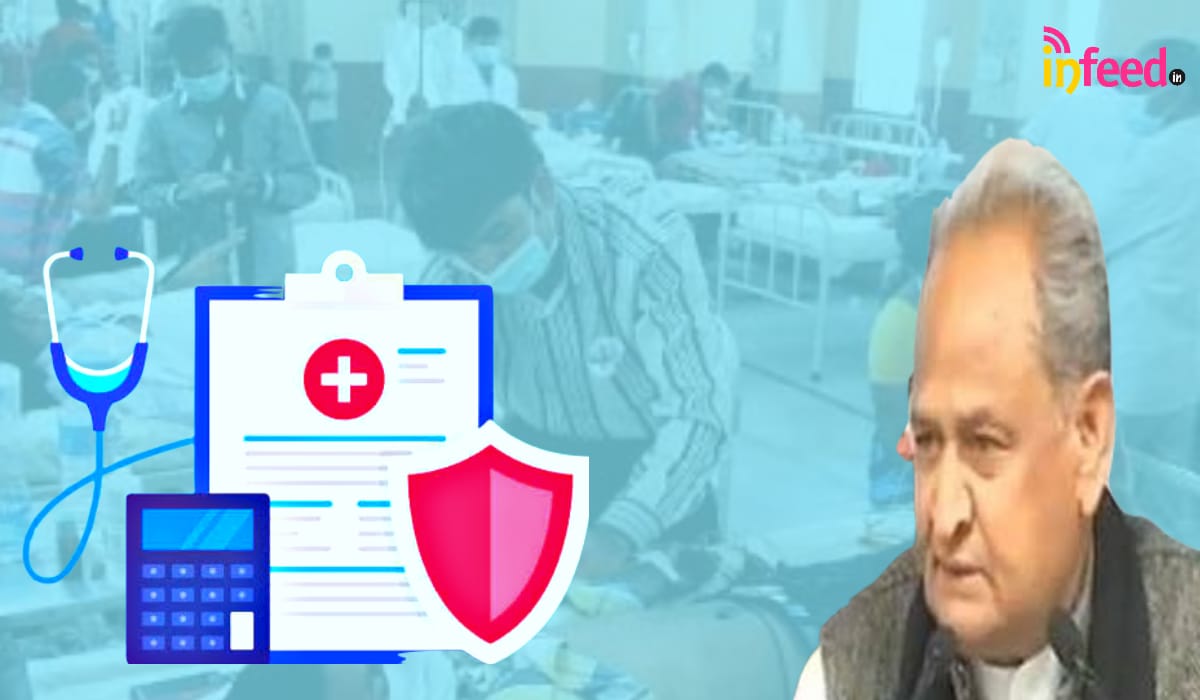 The Gehlot government of Rajasthan on Saturday launched the ambitious ‘Ayushman Bharat Mahatma Gandhi Rajasthan Health Insurance Scheme’ to provide free treatment to the poor and needy in government and private hospitals. The benefit of this scheme will be given to 1.10 crore families of the state and the beneficiary family will be able to get treatment up to five lakh rupees every year for free. Chief Minister Ashok Gehlot made the formal inauguration of the scheme here on the death anniversary of Mahatma Gandhi.

The Chief Minister said that the State Government has launched ‘Ayushman Bharat Mahatma Gandhi Rajasthan Health Insurance Scheme to provide free treatment to every poor and needy person in the state in public and private hospitals. He said that this is an important scheme with a view to providing free quality treatment to poor people.

Gehlot said that Rs 1,800 crore is estimated to be spent annually on this ambitious scheme. Of this 80 percent amount will be given by Rajasthan government which makes about 1400 crore rupees, while the remaining 400 crore rupees will be given by central government. Gehlot said that this step has been taken to benefit more and more people of the state. The 1.10 crore families of the state will get the benefit, that is, two-thirds of the people will come under its purview.

The Chief Minister said that due to the selection of beneficiaries based on the Social and Economic Census, 2011 in the Ayushman Bharat Yojana, run by the Central Government, only 59 lakh families of the state were eligible but in the scheme brought in Rajasthan in detail, the National Food A total of 1.10 crore families are being benefited by adding the beneficiaries of the security scheme.

He said that health is the top priority of the state government and it will move further in this direction so that Rajasthan remains a leader in health services. He expressed hope that the scheme will succeed and more and more people will take advantage of it. He said that we are constantly innovating in the medical field and it will be further strengthened in the coming times.