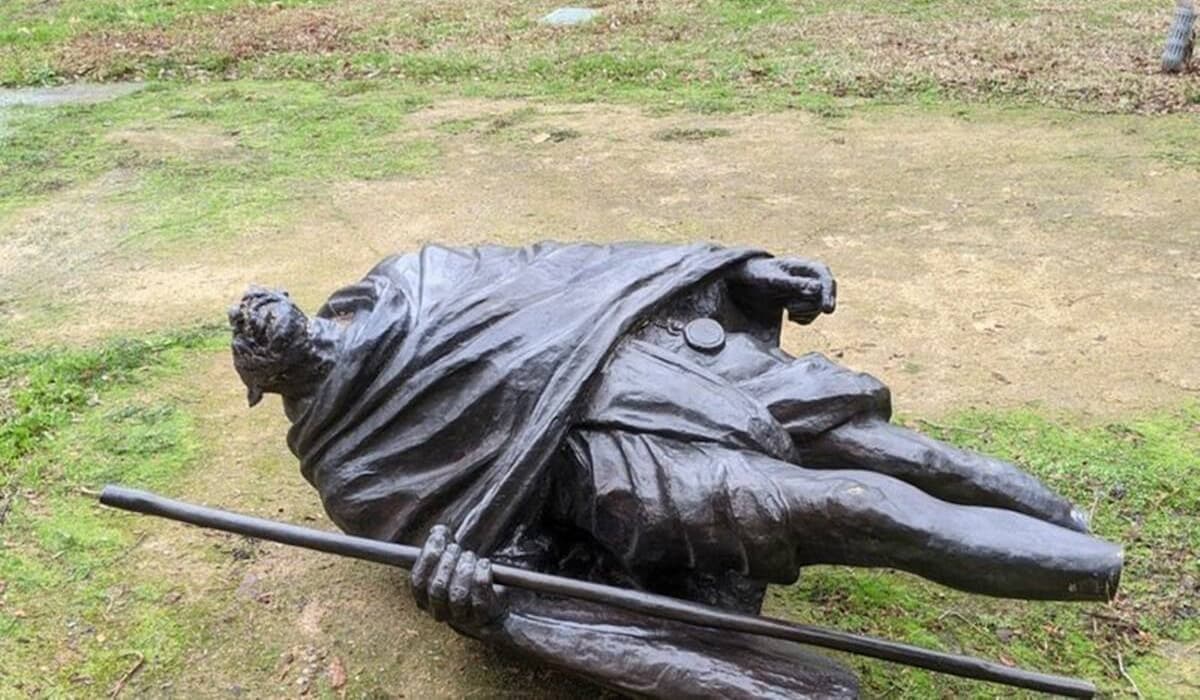 There has been a news of disrespect of Bapu from America on the death anniversary of Mahatma Gandhi. Some unknown miscreants have vandalized the statue of Mahatma Gandhi in a park in the US state of California. There is a lot of anger among Indian-Americans living in America from this incident. Angered by the dishonor of Bapu, the Indian community has demanded that the administration treat it as a hate crime and start an immediate investigation into the matter.

Mahatma Gandhi’s statue of six feet high and 294 kg bronze is installed in a park in Davis City, Northern California. The miscreants have vandalized Gandhi’s statue. The face of the idol has been severely dismembered and the statue has been broken from the foot downwards.

Police said that in the early hours of 27 January, a park worker found a broken statue of Mahatma Gandhi. Davis City Councilor Lucas Frerich said that at the moment, the statue is being removed and will be kept in a safe place until it is evaluated. Investigators do not yet know when exactly the statue was vandalized and what was the motive behind the miscreants doing so.